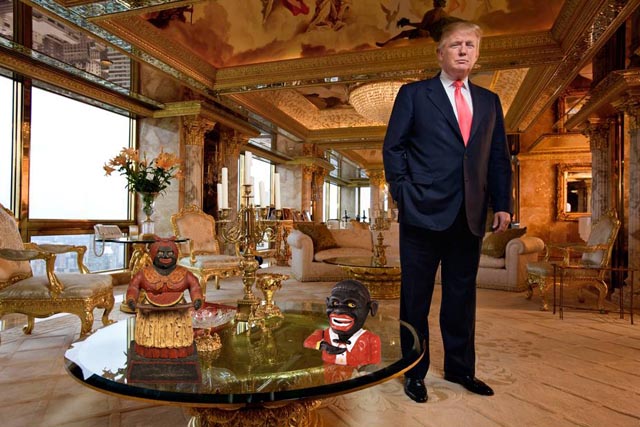 Today, Trump tweeted to the Daily Squib that he wanted an interview we conducted in 2016 with him to be removed.

Let us say that it took us by surprise, especially when he called the lovely staff at the Daily Squib ‘assholes’.

Well, in defiance, no Sir, we will not delete the marvelous interview conducted by our chief reporter Labby Majora.

As a piece of journalism, the interview gives a full in-depth viewpoint into the world of Donald J. Trump, and we say this in a kind way, we did not intend to make you look like an ‘asshole’.

In fact, Mr. Trump, we would advise you yourself to step away from the keyboard because some of your twitter rants are not becoming of a president or very statesmanlike.

Why don’t you get an intern to do that stuff? Shouldn’t you be running the country or something? Maybe building a wall?

To reiterate, no, sorry, we will not delete the wonderful interview of you Mr. Trump, because it is a segment of history, a small part of the puzzle piece, a plop in the toilet of journalistic license that should not be erased but instead applauded.