“We all know what Democracy means in the Middle East. It’s the ability to vote in Islamic fundamentalists. It happened in Palestine so why not in Egypt? Thank you America for your help in toppling Hosni Mubarak,” Ibn bin Shister, a professor at Cairo University told the BBC.

US President Barack Obama said he “welcomed the historic change that has been made by the Egyptian people goaded on by Intelligence agencies from external countries, naming no names, of course”.

What the West does not understand is that they installed Mubarak thirty years ago for a very good reason. It seems the people in power in countries like America and Britain in those days understood how the Middle East works a lot better than the naive idiots in charge now.

“The Middle East cannot have a so-called ‘Democracy’ when we don’t have one ourselves. Arab countries can only be ruled by dictatorship. This is the Islamic way. Democracy is not an Islamic political system, and it never will be. Even Turkey, which used to pride itself on its secular stance has now pretty much reverted to full Islamification. Saying that, of course, the fundamentalists will rush in to take power over Egypt now that the previously American backed despot, Mubarak, is gone. The Muslim Brotherhood has ties and origins with the Masonic societies of Europe. Prepare yourselves for further disruption, maybe another Suez crisis and oil up to $500 minimum. It won’t happen overnight but chaos and anarchy needs time to fester. Chao Ab Ordo. The disease will naturally spread across the Middle East, because the rise of the internet makes information amongst the previously brainwashed more readily available; then they realise how they have been duped for so long by their controllers,” a Pentagon official revealed to the Jerusalem Post.

Within this strategic ‘cluster f*ck’ will, of course be, Israel, bang in the middle of the hornets nest.

“Israel is in grave danger more so now than it ever was. The U.N, who set up Israel in the first place, knew in 1947 that the ‘Israel project’ was a suicide mission. It doesn’t matter how many nuclear weapons they own or how much money America throws at it, eventually there will come a day when it is overrun and flattened. This will happen purely because of it’s location, right in the most inhospitable place in the world for Jews. If the U.N. and Britain had created Israel in Madagascar, we would not be having these problems now. If the Jews had stayed in Europe, then there would not be these troubles now,” the Pentagon official added.

Once Egypt is compromised, the whole of the Middle East is merely a stepping stone for the ‘change’ that is to come. The shock waves from the ensuing anarchy will then reverberate around the globe and possibly be a catalyst for further unrest, even in the ‘safe’ West. 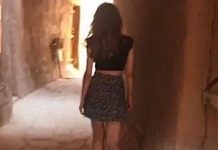 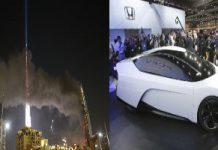