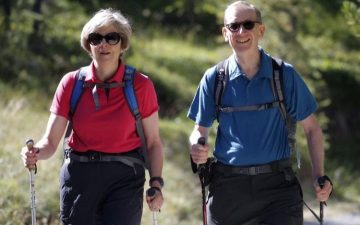 The longer Britain stays in the EU, and its prison-like octopus structure, the more of our money is thrown down the drain.

The longer Britain is a slave to the EU, the less time we have to make crucial International trade deals.

The longer Britain stays tied to the EU chains the longer it will take to take charge of our own borders and laws.

The longer Britain stays in minefield of EU laws, the longer it will take for our own Justice system to make our own laws and govern our own country.

Every day, every hour, every minute and second is a crucial point to which Theresa May and her Remainer colleagues are counting on stalling Brexit.

If a Brexiteer had been in charge, we would have left the EU months ago, but unfortunately the country is stuck with a weather beaten Remoaner who says one thing here, and does another thing there. Amongst all the EU-friendly ‘transition’ deals, the £30 billion payoffs, and kowtowing to every EU demand, Theresa May is moving along at a snail’s pace. She is a liability to Brexit, as is her Remainer dominated Cabinet.

Brexit will never happen with Theresa May and Philip Hammond at the helm, because at the end of the day, they will call it ‘Brexit’ however nothing will have changed and Britain will still be a subjugate of the EU.

Only Boris Johnson, Jacob Rees-Mogg, John Redwood and a few others know what Brexit means.