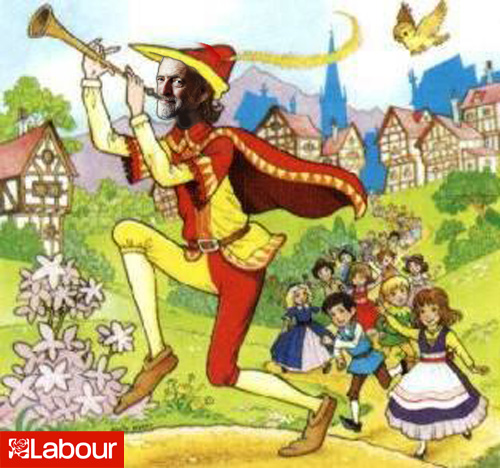 The clever strategy of dangling carrots in front of low-information young voters who were suckered into believing the false promises and lies streaming from the Pied Piper Jeremy Corbyn are laughable, but also prove that much of the electorate in Britain today are easily led gullible morons who believe anything without question.

With no way of paying for their ridiculous inflated promises, Labour successfully meddled with the vote and now we have a hung parliament with a Conservative leader who has little or no mandate left to lead or exercise Brexit.

So, why does a large part of Britain hate themselves and their Britishness? This comes down to socialist indoctrination, political correctness, and a devout hatred of Britain, at such a level that these people who voted for Labour would collaborate with the enemy, and the truth is they have helped Britain’s enemies profoundly by voting Labour.

It seems there is an ingrained level of self-hatred, dumbed down masochistic fervour that much of the British electorate wish upon themselves time after time by voting Labour, and the June 8 election was one of these moments.

By voting Labour, you have committed unconscionable harm on Britain, and aided our enemies, you have in fact created a situation now that will hurt British interests abroad and within for many years to come.

Hope you are happy with yourself, you Labour voter, why not go and get a razor to self-harm as it will make you feel better in your filthy self-hatred, after all, that is what you like doing so much.