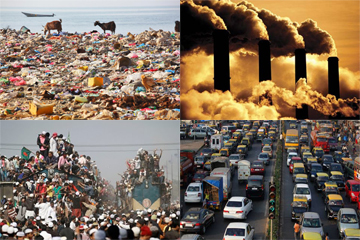 For an island which only makes up 93,000 square miles, in contrast, the USA has eleven states larger than the UK, we are a tiny already overcrowded land mass.

Our current population as of 2015 was 65.14 million, and already the roads and transport systems are at buckling point. Housing is severely in shortage, hospitals have patients stuffed in corridors and broom cupboards, and schools have 50-60 children per class.

104,000,000 people packed into 93,000 square miles is of course acceptable to Labour, because they obviously have no standards of living, and their chief concern will be importing future Labour voters so they stay in perpetual power for the next fifty years.

Imagine the massive onslaught that will be wrought on Britain with another Labour open door policy, where literally 40 million people will be welcomed into the straining pit of Britain, to make a living hell, an even more unimaginable nightmare of existence.

It would be silly not to mention the massive increase in breeding by migrant populations will completely change the whole landscape of the country not only culturally but economically where poverty, shanty towns, and crime will reign. It is estimated by 2035, Britain will thus have a population of over 112 million factoring migrant breeding.

There will be no NHS as funding for a free service will have been dropped many years back, schools will all have class sizes of a minimum of 180 pupils, there will be severe civil unrest as only a few people will have jobs, there will be little or no money for welfare payments, and the country will buckle under massively overcrowded transport systems. Those who live in a house will be few and far between as the massive tower blocks housing hundreds of thousands of citizens in tiny rooms will be the norm.

The Malthusian nightmare is welcomed by Labour, they do not care for you or the ecosphere, as they cram and cram millions of people on top of each other like rats.

Sadly, the misinformed idiots who are fooled into voting Labour have no idea about its policies or the consequences of what will happen under their irresponsible communist regime. If they do have an idea of what is going to happen under Jeremy Corbyn’s Labour, they are obviously masochists and sadists who welcome self-punishment with a deranged smiling face.