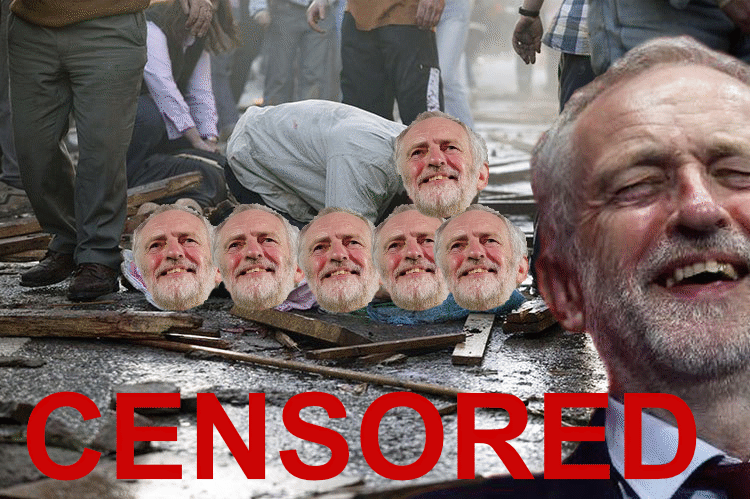 Jeremy Corbyn is an enabler, and a communist who gladly cheers on the deaths of innocent people for his political gain, this is why if you vote for him, you are as much a coward as he is.

NOTICE – THE IMAGES ON THIS PAGE HAVE BEEN CENSORED BY ORDER OF GOOGLE. THE ATROCITIES PERPETRATED BY THESE TERRORISTS SHOULD BE DISPLAYED TO SHOW THE TRUE HORROR AND EVIL THEY COMMIT. THIS IS AN IMPORTANT STAND AGAINST TERRORISM IN ALL ITS FORMS SO THAT IT IS PREVENTED FROM OCCURRING EVER AGAIN AND WE STRONGLY BELIEVE THAT THOSE COMPLICIT WITH THE IRA ARE COGS IN THE SAME WHEEL. WE FIRMLY STAND BY THE LEGITIMACY OF THIS ARTICLE TO EXIST AS AN EXAMPLE OF TERROR THAT MUST NEVER BE FORGOTTEN. IT IS A SHAME THAT GOOGLE DOES NOT SEE IT THAT WAY THUS TRIVIALISING TERRORISM. THE DS REPORTS AND SEES THE TRUTH.

In the 1980s, Jeremy Corbyn was heavily involved with London Labour Briefing – a hard-left magazine which celebrated the Brighton bomb and joked about the death of Conservative MPs.

There is evidence that Mr Corbyn was involved in the magazine, which praised the bomb designed to kill Margaret Thatcher in an article that read: “The British only sit up and take notice [of Ireland] when they are bombed into it” and “What do you call four dead Tories? A start”.

The MI5 have whole dossiers on Jeremy Corbyn, as he is viewed as an insurgent and terrorist collaborator as well as a communist extremist.

The evil of Corbyn does not stop at his refusal to condemn IRA bombings, but his nonchalance at the deaths of women and children during the troubles.

Even, Diane Abbott, the shadow home secretary, declared her support for the IRA and claimed “every defeat of the British state is a victory for all of us”.

Where was Corbyn during the 1998 Omagh IRA bombing, which killed 29 people (including a woman pregnant with twins) as well as injuring some 220 others?

Jeremy Corbyn was laughing in the pub. He was most probably in the pub with his terrorist friends celebrating the deaths of the innocent people in the bombs. 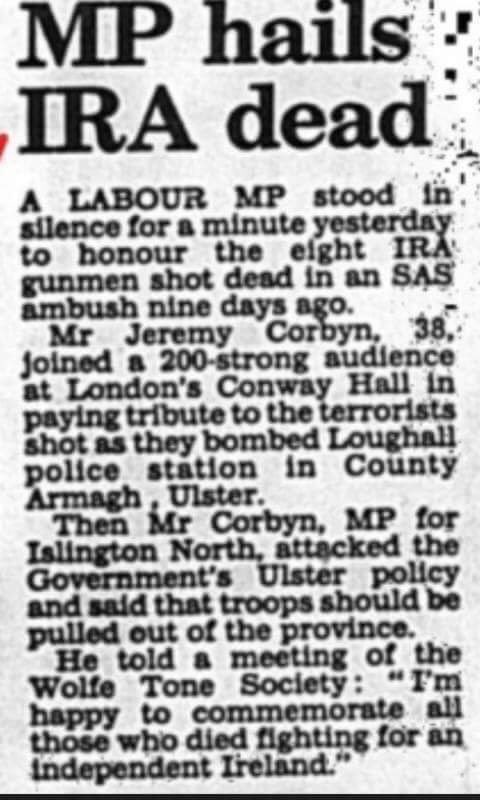 You want to vote for Jeremy Corbyn and his ridiculous flawed election bribes which will create another mountain of unpayable debt.

A vote for Jeremy Corbyn’s Labour party is a vote for terrorism, lies and champagne socialist hypocrisy. 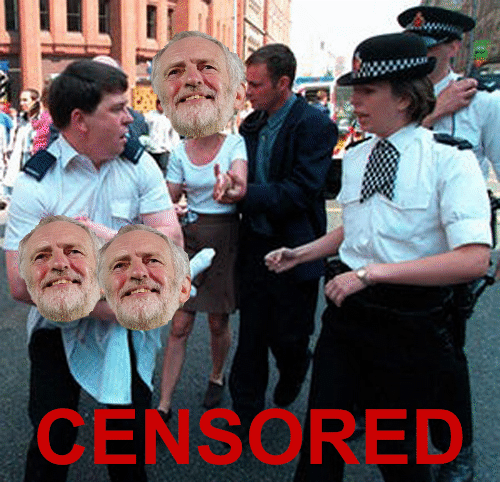 Manchester IRA bomb 1996A vote for Jeremy Corbyn’s Labour party is a vote for dead British babies lying on the pavement, dismembered by IRA nail bombs, their guts spewed over their dead mothers, and their flesh torn apart.

You can either wake up now, and smell the coffee from the vantage point of your sheer ignorance in following this dangerous evil man, or you can carry on in your brainwashed manner as the electoral bribes carry on daily from a party that supports terrorism.

It is your choice.