When they wheeled in the food during a post mid-term election luncheon, there was not only the look of greed on the politician’s faces but the look of glee, and in some cases just pure unadulterated anger.

“Texas congressman, Doug Rheinhardt, went straight for the barbequed rib. Then when he ate his fill, with meat juices streaming down his chin, he picked one greasy morsel up and threw it at a Democrat standing near the punch bowl. That set things off, we even had Newt come up to a Dem and slam a trifle in their face. The Liberals gave as good as they got though, some were slapping macaroni cheese and cornbread onto a Tea Party representative’s back,” Peter Newtrich, the Republican Colorado congressman, told NBC news.

When the food fight was over, the soiled politicians were led out onto the House’s steps and hosed down with a high pressure hose, then they were all put on buses and taken to a secret location for re-programming.

“We can’t have our politicians going crazy like that? Hell, our country was built on violence and the gun, but we need some semblance of order on Capitol Hill,” House leader, Reggie Boner, Rep. said. 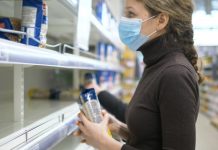 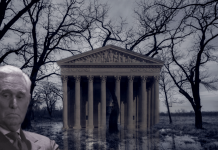 The Cold Hard Facts About the Unjust Trial of Roger Stone 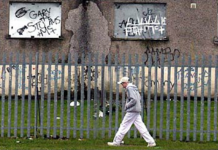