“No one would want to go to jail then. It would be a nightmare situation for them; it’s like a holiday camp now with video games, tv, internet, drugs, classes, days out and constant recreation. Can you imagine if they had to work a 40-hour week in jail?” Lee Sparnes, governor for Brookespan prison in Wigan told the Telegraph.

Currently, the UK is the most workshy country in Europe with six out of ten people out of work permanently and receiving state benefits, therefore, to make prisoners work a 40-hour week will be tantamount to war in some parts of the country.

Kevin Grimes, a 24-year-old career criminal was disgusted at the new prison rules proposed by Mr Clark: “I went to prison to escape work. Now they want us to work in prison? I really, really, really don’t want to go to jail now.”

Some inmates at Wormwood Scrubs prison protested last week after hearing the news, by boycotting the prison’s upcoming Halloween party, which is held every year at a cost of £45,000 to the taxpayer. 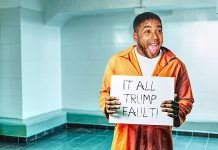 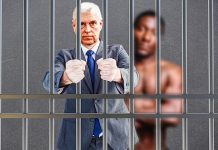 Prince Andrew Being Coached On How to Survive Prison