Bill Clinton’s staff are demanding that George W Bush recompenses him for his ruined shirt after the Haitian shirt wipe fiasco last Tuesday.

“That shirt had sentimental value. It was the shirt that Monica gave to me after I peppered her blue dress. There weren’t any stains on that white shirt but I want some kind of compensation for this. I ain’t going to back down on this outrage either. That chimp owes me a new goddamn shirt,” Mr Clinton was heard ranting to one of his aides.

There were threats by Mr Clinton to bring in some of his attorneys after a spat with Mr Bush during breakfast at the Port Au Prince Holiday Inn where everyone was staying on the trip.

The two former presidents were said to demand separate travel arrangements after the incident and are not on speaking terms anymore.

The US consulate is very embarrassed by this latest PR mistake and are urging both sides to calm down.

“So, I wiped my hand on Bill’s shirt. I’m sure he had a lot worse stuff on that shirt. What’s he going to do, sue me?” Mr Bush said from his private jet going back to his ranch in Texas. 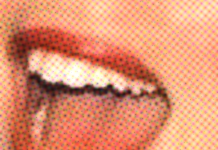 #MeToo Backer Bill Clinton Reveals Why He Backs The Feminist Cause 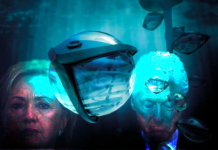 Toxic Clintons to be Dumped in the Atlantic Ocean