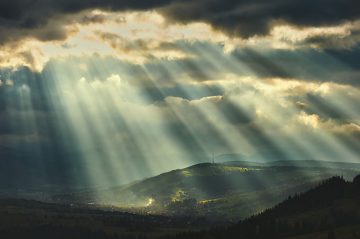 I can feel the light coming through the clouds. I can see the clouds slowly parting as the sun shines over the gulag that is the internet today after eight fucking horrible years of Obama anti-free speech sovietization.

I look up to the heavens and say what I want to say without having all my backlinks erased because of a story I wrote, or some omnipotent internet authority threatening me with complete erasure for not complying with the Obama anti-free speech doctrine.

As the sunshine comes over the landscape the politically correct pieces of shit all look up and scream, their skin turns to dust as what remains of them are blown in the wind back down the drains where they came from. The Social Justice Warriors, an element of soviet conditioning try to run back into the darkness but are caught out by the the bright rays. They explode magnificently, blood, guts and their horrid authoritarian ideology disappear into the mire never to be seen again.

I look up and breathe a deep sigh of relief, my lungs take in pure air, not the putrid soviet Marxist polluted air of Obama’s propaganda and his spendthrift waste.

There is purity again, a cleansing of socialist detritus, the mainstream Obama press, once omnipotent, now impotent.

Lo and behold, before me, above the horizon, the sun shines once again over the internet. Where there was a prison of controlled darkness, the spider’s web, the octopus like grip lifts, now there is light, it dazzles the eyes with its powerful beam of freedom and truth.

In this truth beam, the real fake news is seen, and the holders of truth know that the trickery does not work any more. Their Mccarthyite witch hunt is destroyed in a single beam.

Obama is no more. His evil stench flounders, he is a no more man, a man with no birth, a man who is nothing once again, tortured in his own mind every day with his failure. He has not achieved anything apart from oppression. He slinks back into the darkness, a shadow, a cringing decrepit stain on humanity, a boil on the ass of indignity, a festering turd left to rot on the side of a toilet bowl in some dive bar in Hawaii.

Go back from whence you came. Your evil is not wanted any more. You have tried to kill the internet but you did not succeed, and you tried to kill freedom of speech and you did not succeed. You have maimed America, and watched as the world burned, and did nothing. Take your ludicrous inhibitive regulations, your gangrene ridden doctrine and flush hard, for it will all be erased soon, there will not be a trace left of your horrible tenure. You will have no legacy. Just nothing.

Go back to your crypt, in the dank darkness, where the excrement is knee deep, your dungeon will be your home from now on. In the darkness you will find comfort once again, for you sought to bring that darkness upon the earth but failed miserably.

We hope never to see your face again, or hear your fake words from your shit stained lips. Fuck you Obama. Fuck you.