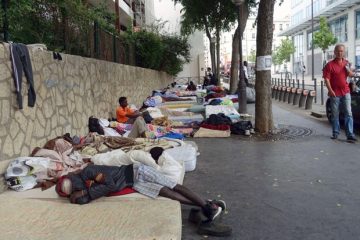 Sentiment among many people across the globe is avoid France, especially Paris.

Who can blame the tourists for abandoning the city of Paris, and most of the rest of France, for too long the French have been peddling their architecture and mistreating those who visit with overpriced low quality pap. 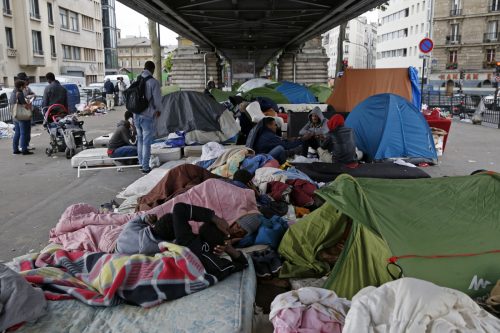 Maybe terrorism is a breath of fresh air for the French who for too long have taken their tourist trade for granted. As the tourist masses desert the streets and boulevards of Paris for fear of being blown up or shot down by some crazy homegrown Algerian or Tunisian Frenchie, one can only feel this is a well deserved reward for the locals. Who likes tourists anyway, however they are an integral part of the French economy?

The filthy streets of Paris, now a holding cell for roaming Eastern European gypsy gangs who will cut your throat or hurl a curse at you if you do not contribute to their overflowing purses, or the cafes where waiters spit at you in disgust when you look at the price of a coffee that you need to remortgage your house to purchase, there is nothing left of the Paris of old, the artistic, the love adorned boulevards and poetic cafes. 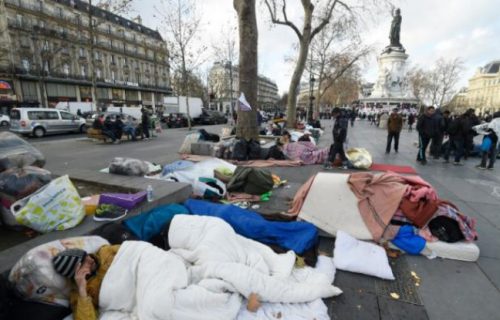 Take a trip into the urine smelling Metro where you are assured to be mugged, stabbed, shot or raped. Maybe a quiet sojourn along the Seine where you are clawed at every step by clamouring migrants, lost, hungry, beaten. Nothing like seeing hopelessness at every corner to fuel your Parisian spirit, your joie de vivre.

Here is your stinking filthy city of Paris within the European Union now a city of merde, an ambling putrefying turd that used to once be the jewel of Europe, flooded to breaking point thanks to socialist policy makers and faux utopian Schengen EU dreams bringing nothing but the worst type of human excrement into its dystopian domain.

Paris was spared by Hitler in 1940 when the French surrendered, but to look around in 2016, you realise that the city is now an overpriced, overcrowded  concentration camp displaying the machinations of socialist governmental malaise, irresponsibility and downright suicidal insanity. If the French want to kill themselves, let them do it. Maybe the French have a masochistic streak deep in their Gallic consciousness.

Your boulevards are now broken, a pollutant seeping over the glistening piss filled streets and pavements, effluent dripping from within and without. There is no way now of saving Paris, except maybe for a total purge or war which may materialise soon a la Putin, but otherwise there is no chance for Paris, it is finished, fin.