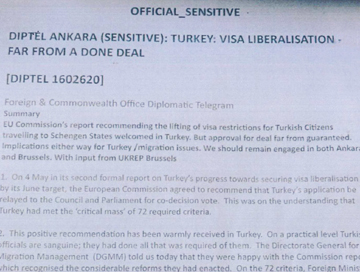 Here is conclusive proof that the Prime Minister David Cameron is planning a visa deal with Turkey after June 23 EU referendum: 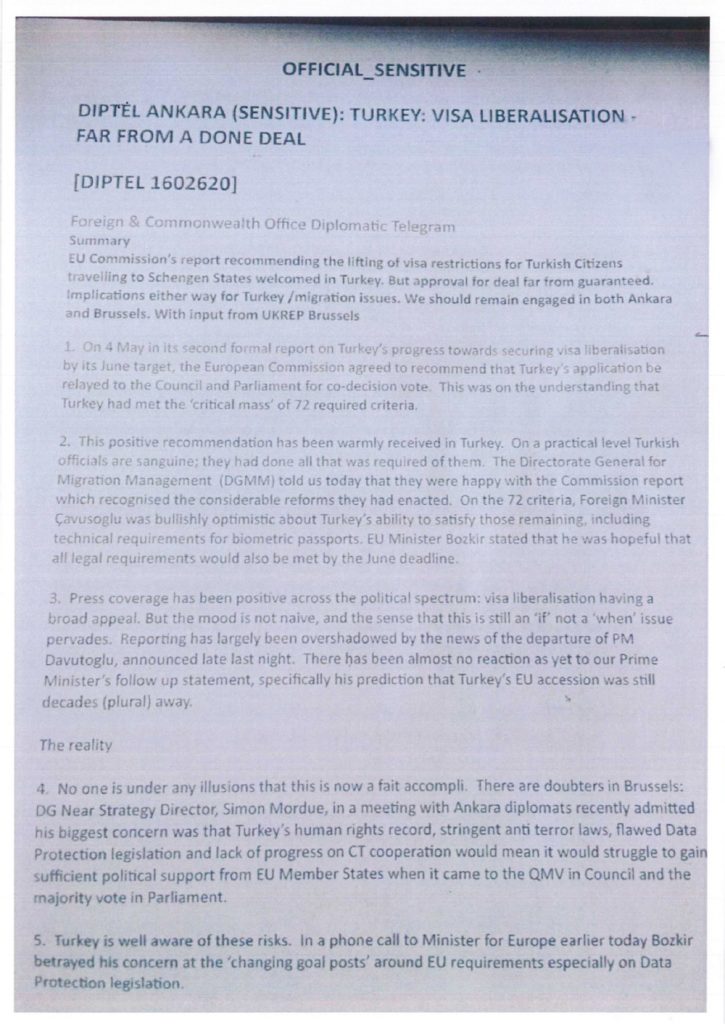 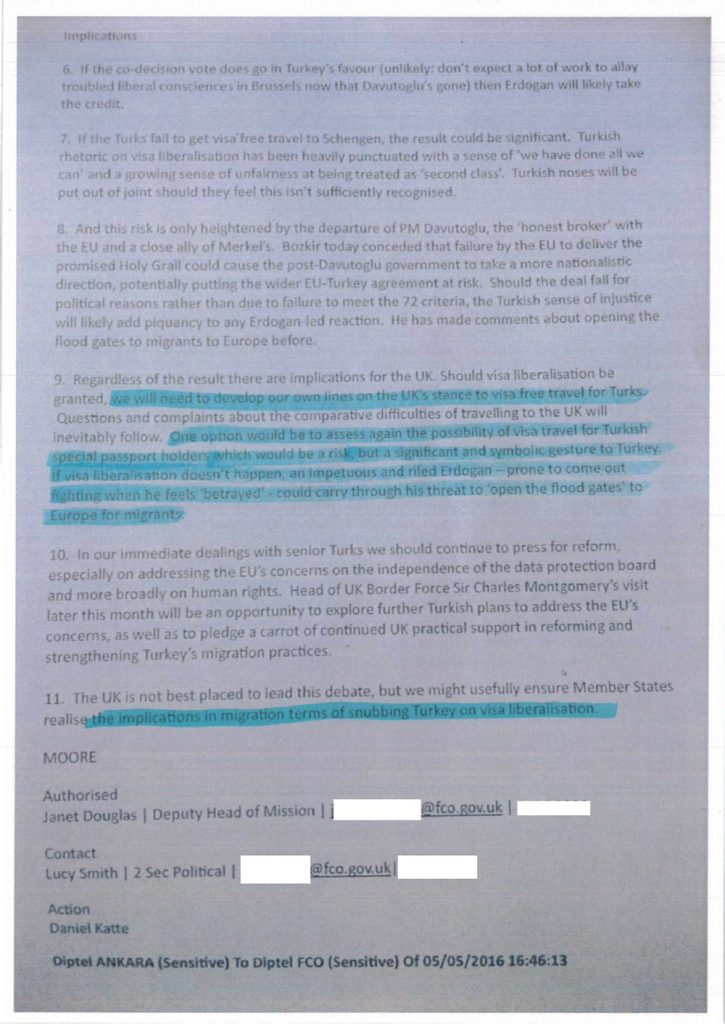 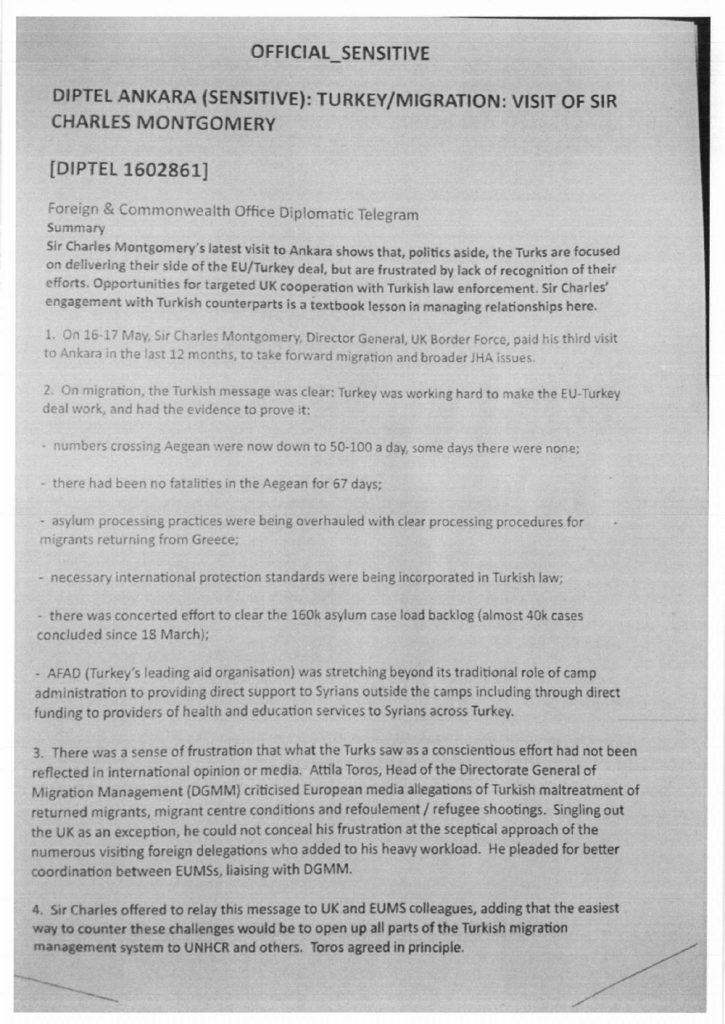 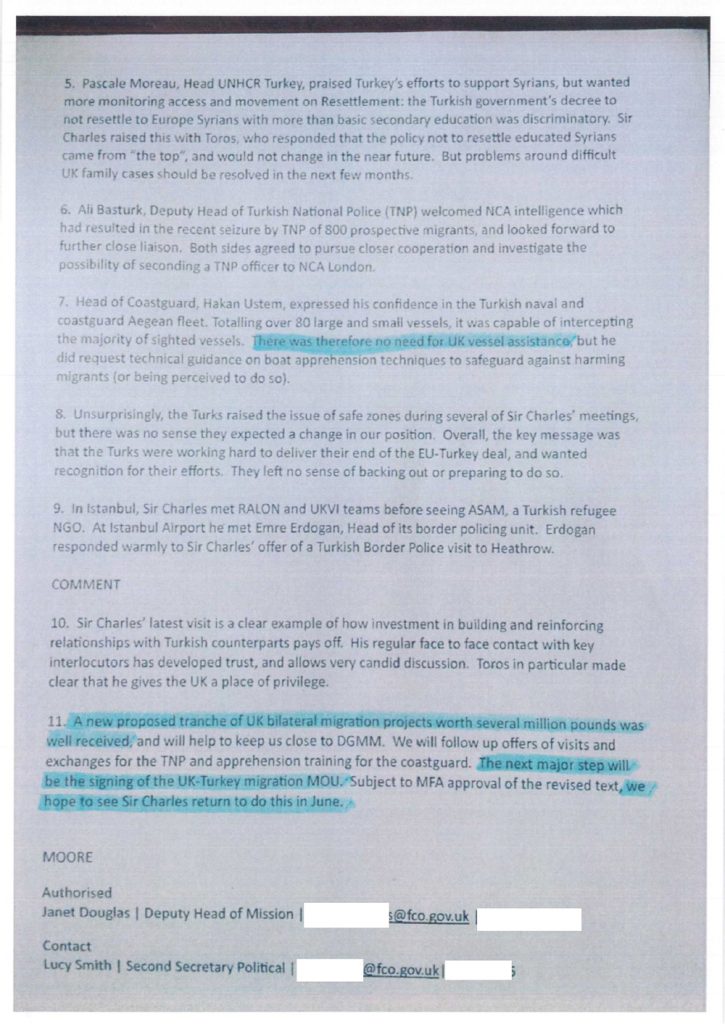 In a telegram to the Foreign Office on May 5, Janet Douglas, the deputy head of mission in Ankara, called for Britain to let in thousands of Turkish citizens. She acknowledged that this ‘would be a risk’ but said it would be ‘a significant and symbolic gesture to Turkey’. Douglas warned that failure to help Turkey would lead to a backlash, saying ‘if visa liberalisation doesn’t happen, an impetuous and riled Erdogan – prone to come out fighting when he feels betrayed – could carry through his threat to ‘open the flood gates’ to Europe for migrants.

Europol has warned Theresa May that migration fuels terrorism.

The Commission has sought to keep the migration situation under control until after the referendum: Nick Pickard, the deputy head of mission in Berlin, said Angela Merkel’s Europe adviser Uwe Corsepius ‘was confident that the Commission, for their part, would avoid major escalation of tensions before the end of June’ quoting him as saying: ‘We can keep this under control.’

The British Government is preparing a memorandum of understanding on migration with Turkey.

The Government regards visa liberalisation for 1.8 million Kosovars as a ‘drop in the ocean’.

Despite David Cameron’s claims on Sunday, Turkey and four other countries are joining the EU, with his and the European Commission’s full support. David Cameron refused to veto Turkish accession or commit to hold a referendum.

David Cameron strongly supports this. In 2010, Cameron said he was ‘angry’ at the slow pace of Turkish accession, that he was the ‘strongest possible advocate for EU membership’ for Turkey, and that ‘I want us to pave the road from Ankara to Brussels’. In 2014, he said that: ‘In terms of Turkish membership of the EU, I very much support that. That’s a longstanding position of British foreign policy which I support’.

The UK is paying £2 billion to help Turkey, Albania, Macedonia, Montenegro and Serbia to join the EU. Turkey alone is set to receive over £1 billion of UK funds to help prepare it for membership.