Madonna was among a number of other celebrities who watched Prince Harry play a charity polo match in New York.

Members of the public were invited to watch the polo match, in which Harry displayed his polo skills.

OJ Bubba, visiting from Jenkum, South Carolina, decided to take his family to the match.

‘That nigga on a horse is crazy! He be hittin’ a ball wit’ a stick,’ he said. ‘Sheeeit! Lookee all the rich folk here drinkin’ champagne. This ain’t no ghetto cook out thas fo’ sho!’

Another spectator who had never seen a polo match was LL Cool J.

‘Yo yo yo yo, don’t be passing the dutchie on the right side nigga,’ Harry told the rapper during the reception.

‘Don’t be talkin’ trash wigga or I’ll bust a cap in yo Royal ass!’ the rapper replied. 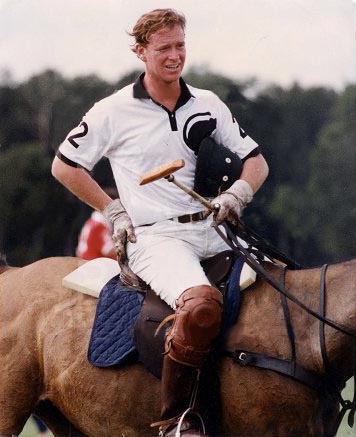 Prince Harry on the field between chukkas

Harry’s team won the match 6-5, and they celebrated afterwards by snorting champagne. The 24-year-old is on his first official trip to the United States – a two-day New York visit.

“This is the first time the young prince has had the opportunity to prove himself on the field and improve his handicap point average,” his instructor, Major Fritz Hewitt told reporters.