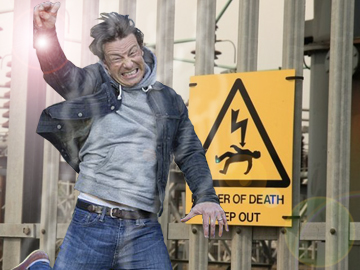 Celebrity cook, Jamie Oliver has been tragically electrocuted to death in a terrible accident.

“We told him not to play with the wire,” a worker for Southern Electric told the BBC.

According to reports, the celebrity cook, who makes a lot of money by selling people products with high levels of sugar in them, was celebrating some news about more taxation on the public when disaster struck.

One witness described the horrific incident with quite a lot of detail: “Well, I was walking the dog, and I saw a man jumping about. It looked like that fat-tongued cretin Jamie Oliver who everyone hates. Anyway, that’s when the smell of burning flesh hit my nostrils, I thought wow that’s rather unpleasant. He had smoke and fire coming from every orifice, so I continued walking the dog. Little blighter doesn’t like getting upset. I left Jamie to it, besides, he likes a barbecue in his cookery show.”

Here’s to more tax on all food, thanks to Jamie Oliver, a brown-nosing bottom sniffer if there ever was one. 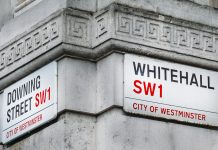