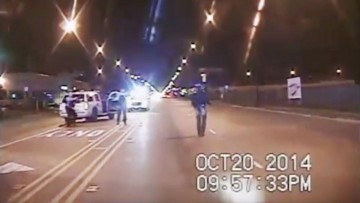 You’re on patrol, another night, another safari, calls keep coming in, this guy got shot, that woman got stabbed, got to get your priorities right as the wildlife stream through the night, the street lights touching their crimes, highlighting their intent and here I am with a loaded gun waiting to unload on this Chicago night.

Every night is a safari hunt, but with a twist, you might not go home tonight yourself, you might never see your kids again or kiss your wife on the cheek ever again. These creatures shoot back, they have guns and knives, unlike a defenceless safari animal, they have Glocks and Tech-9s, better choose your prey well or the hunter will become the hunted.

The adrenaline rush is overpowering, a drug so potent that it gives me a semi. These animals have to smoke crack and meth to get high, with me, I caress my trigger, I like to gently apply pressure to it even though the safety is on. I could shoot any of these creatures right now but that would be risky, first as a cop, I have to let them make the first move, then unload. Our lives matter, theirs don’t because they’re low-life scum, lower than dog shit on a shoe.

Sure we need a purge, we need to sweep this mess back into the sewer where it belongs. After you shoot one, they display photos of that person. He was an A-student, he was this, he was that, he didn’t do nothing. Sure, just that he was charging at us with a knife or had a gun ain’t enough for the do-gooders, the Soros foundation backed protesters, or whichever Liberal pissant crew are involved.

Depends on the judge, you can shoot ten and get away with it every time, or shoot one and the judge is on their side, then you’re shit out of luck, going down for murder, for you that’s the biggest put down because in your mind you are serving, but now they made you part of the problem. The law works in mysterious ways, but for a cop, at the end of the day, we’re on the winning team most of the time. We get away with it one way or another but sometimes we’re seen as the bad guys. In the jungle and savannas sometimes the law deserts you and you’re thrown in with the animals.