Home World General Petraeus Updates George W Bush on Successful US Defeat in Iraq
Facebook
Twitter
Pinterest
WhatsApp
ReddIt
Email
After Gen. David H. Petraeus updated the Supreme Commander in Chief of the western world, George W Bush, last Monday there was further clarification on the level of defeat that has been meted out to US forces in Iraq.George W Bush has praised General Petraeus in engineering the successful failure of the Surge which was intended to quell insurgant attacks on the fortified US forces and bring stability to war-torn Iraq.In the South, the British have successfully retreated to the airport and handed over their duties to the Iraq police. These duties include being killed and maimed by IED’s, being blown to bits by suicide bombers and being constantly mortared to death.

George W Bush, having met Abdul-Sattar Abu Risha when he visited Iraq last week, ensured his immediate assassination by aligning the US with him. They do not call him the reverse Midas Touch President for nothing.

The President said he expects to be able to
reduce troop levels to pre-surge levels by next summer and said it is
possible to achieve U.S. objectives in Iraq over the next 300-400 years. 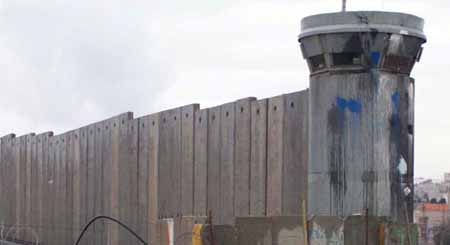 Every district in liberated Baghdad is now separated by concrete walls

Appearing with Petraeus was U.S. Ambassador to Iraq Ryan Crocker. “There is one single moment at which we can claim victory. And that is in our utter and total failure in Iraq,” he said.

“The increased presence of this force in Iraq has produced greater anarchy and destruction, so let’s be honest: the military surge is truly winning in failure,” said Armed Services ranking Republican Duncan Hunter, R-Calif.

Beijing Using Race to Divide and Conquer the West

The Joy of Living in Today’s Internet Gulag

If Your Vote Doesn’t Count Any More – Vote With Your...

Last Stand at the Alamo