When they are not shooting Iraqi children or brutally beating people to death for fun, US troops like to wind down by watching hardcore pics on the internet in their barracks and laughing at dead Iraqis.

These are the tales as serialised in a comprehensive compilation by TheNation of 50 veterans who have served in Iraq.

The Americans are winning hearts and minds all over the world with their ground-breaking techniques in foreign policy.

The excerpts tell of mindless violence, of treating Iraqis as untermenschen much like their storm trooper predecessors the Nazis, of violating all codes of the Geneva convention, of brainwashed jingoism, of mind-numbing stupidity and of disgraceful cowardice. 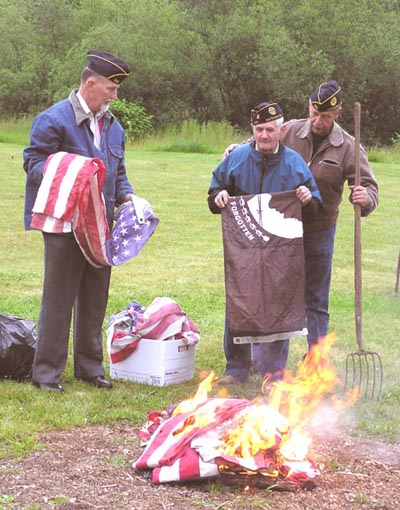 Sgt Dougherty described her squad leader shooting an Iraqi civilian in the back in 2003. “The mentality of my squad leader was like, ‘Oh, we have to kill them over here so I don’t have to kill them back in Colorado’,” she said. “He just seemed to view every Iraqi as a potential terrorist.”‘It would always happen. We always got the wrong house…’“People would make jokes about it, even before we’d go into a raid, like, ‘Oh f*ck, we’re gonna get the wrong house’. Cause it would always happen. We always got the wrong house.”Sergeant Jesus Bocanegra, 25, of Weslaco, Texas 4th Infantry Division. In Tikrit on year-long tour that began in March 2003“I had to go tell this woman that her husband was actually dead. We gave her money, we gave her, like, 10 crates of water, we gave the kids, I remember, maybe it was soccer balls and toys. We just didn’t really know what else to do.”Lieutenant Jonathan Morgenstein, 35, of Arlington, Virginia, Marine Corps civil affairs unit. In Ramadi from August 2004 to March 2005“We were approaching this one house… and we’re approaching, and they had a family dog. And it was barking ferociously, cause it’s doing its job. And my squad leader, just out of nowhere, just shoots it… So I see this dog – I’m a huge animal lover… this dog has, like, these eyes on it and he’s running around spraying blood all over the place. And like, you know, what the hell is going on? The family is sitting right there, with three little children and a mom and a dad, horrified. And I’m at a loss for words.”Specialist Philip Chrystal, 23, of Reno, 3rd Battalion, 116th Cavalry Brigade. In Kirkuk and Hawija on 11-month tour beginning November 2004“I open a bag and I’m trying to get bandages out and the guys in the guard tower are yelling at me, ‘Get that f*ck haji out of here,’… our doctor rolls up in an ambulance and from 30 to 40 meters away looks out and says, shakes his head and says, ‘You know, he looks fine, he’s gonna be all right,’ and walks back… kind of like, ‘Get your ass over here and drive me back up to the clinic’. So I’m standing there, and the whole time both this doctor and the guards are yelling at me, you know, to get rid of this guy.”Specialist Patrick Resta, 29, from Philadelphia, 252nd Armour, 1st Infantry Division. In Jalula for nine months beginning March 2004‘Every person opened fire on this kid, using the biggest weapons we could find…’“Here’s some guy, some 14-year-old kid with an AK47, decides he’s going to start shooting at this convoy. It was the most obscene thing you’ve ever seen. Every person got out and opened fire on this kid. Using the biggest weapons we could find, we ripped him to shreds…”Sergeant Patrick Campbell, 29, of Camarillo, California, 256th Infantry Brigade. In Abu Gharth for 11 months beginning November 2004“Cover your own butt was the first rule of engagement. Someone could look at me the wrong way and I could claim my safety was in threat.”Lieutenant Brady Van Engelen, 26, of Washington DC, 1st Armoured Division. Eight-month tour of Baghdad beginning Sept 2003“I guess while I was there, the general attitude was, ‘A dead Iraqi is just another dead Iraqi… You know, so what?’… [Only when we got home] in… meeting other veterans, it seems like the guilt really takes place, takes root, then.”Specialist Jeff Englehart, 26, of Grand Junction, Colorado, 3rd Brigade, 1st Infantry. In Baquba for a year beginning February 2004“[The photo] was very graphic… They open the body bags of these prisoners that were shot in the head and [one soldier has] got a spoon. He’s reaching in to scoop out some of his brain, looking at the camera and smiling.”Specialist Aidan Delgado, 25, of Sarasota, Florida, 320th Military Police Company. Deployed to Talil air base for one year beginning April 2003“The car was approaching what was in my opinion a very poorly marked checkpoint… and probably didn’t even see the soldiers… The guys got spooked and decided it was a possible threat, so they shot up the car. And they [the bodies] literally sat in the car for the next three days while we drove by them.Sergeant Dustin Flatt, 33, of Denver, 18th Infantry Brigade, 1st Infantry Division. One-year from February 2004“The frustration that resulted from our inability to get back at those who were attacking us led to tactics that seemed designed simply to punish the local population…”Sergeant Camilo Mejía, 31, from Miami, National Guardsman, 1-124 Infantry Battalion, 53rd Infantry Brigade. Six-month tour beginning April 2003“I just remember thinking, ‘I just brought terror to someone under the American flag’.”Sergeant Timothy John Westphal, 31, of Denver, 18th Infantry Brigade, 1st Infantry Division. In Tikrit on year-long tour beginning February 2004“A lot of guys really supported that whole concept that if they don’t speak English and they have darker skin, they’re not as human as us, so we can do what we want.”Specialist Josh Middleton, 23, of New York City, 2nd Battalion, 82nd Airborne Division. Four-month tour in Baghdad and Mosul beginning December 2004“I felt like there was this enormous reduction in my compassion for people. The only thing that wound up mattering is myself and the guys that I was with, and everybody else be damned.”Sergeant Ben Flanders, 28, National Guardsman from Concord, New Hampshire, 172nd Mountain Infantry. In Balad for 11 months beginning March 2004

The Other War: Iraq Vets Bear Witness, by Chris Hedges and Laila al-Arian, appears in the 30 July issue of The Nation