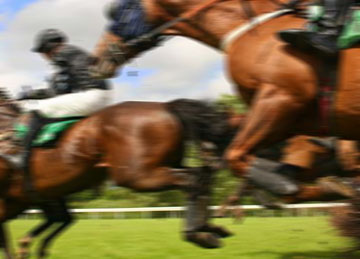 To make sure you have every chance of profiting this year, Paddy Power have travelled to the future and returned with genetically modified winners ready for the Grand National Live Streaming!

Bendy Dave
Splicing in a little Beckham DNA gives this mutant the stamina and agility it needs to complete the race. 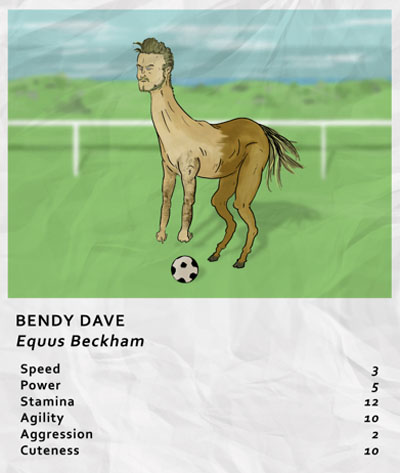 Clarence
Fast and deadly, with a taste for Jockey blood, this terrifying mutant can’t stop moving and can be a beast to control. 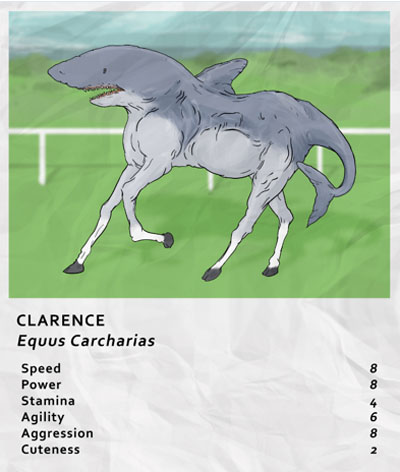 King T
Like something from Jurassic park this blast from the past has raw aggression and car-crushing power which promises to make the race more exciting. 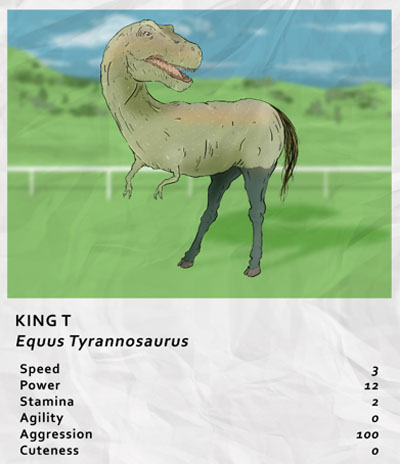 Crustaceous Dan
Giant claws slice Jockeys clean in half. This mutant’s claws have the crushing power of a black hole, but the sideways running is distracting and cumbersome. 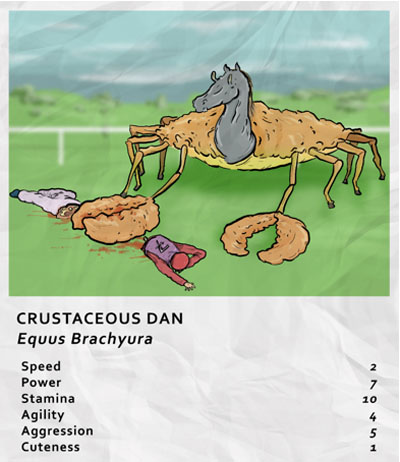 Ivory Sprinter
Using its’ powerful trunk, the ele-horse removes Jockeys from their steeds causing them to lose control and head into the stands. 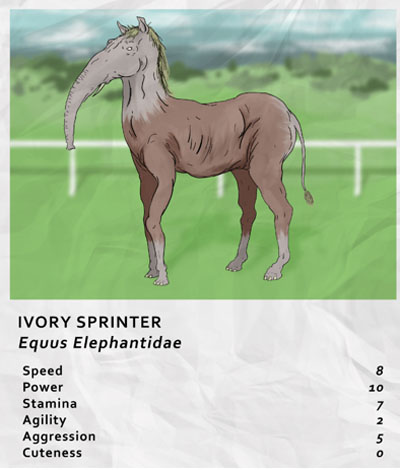 Gumball
Do motorbikes have DNA? It doesn’t matter as you won’t have time to ask with this speed-obsessed, petrol headed mutant power-house. 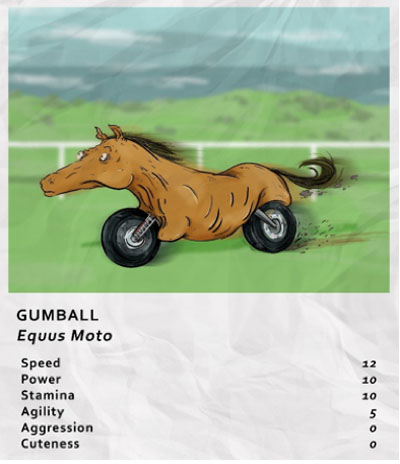 Savanna Affair
This lion based mutation might not have the best stamina, but it’s razor sharp claws and hunting instinct make it the ideal mutant to take out the competition one by one. 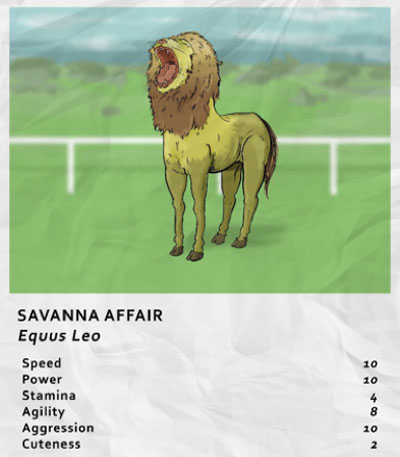 Sturdy Blur
Slow and steady wins the race! If this armoured behemoth can survive until the end it might just win. 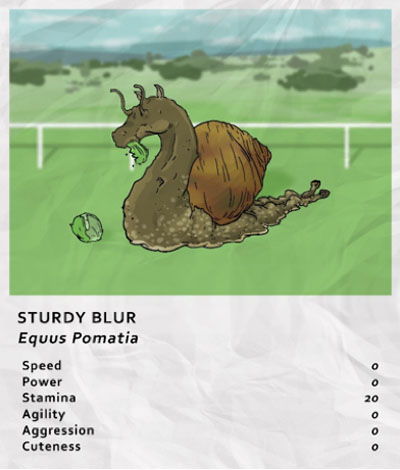 One Eyed Jack
Scientists combined the DNA of two of the greatest living race horses, but ended up with this monstrosity… 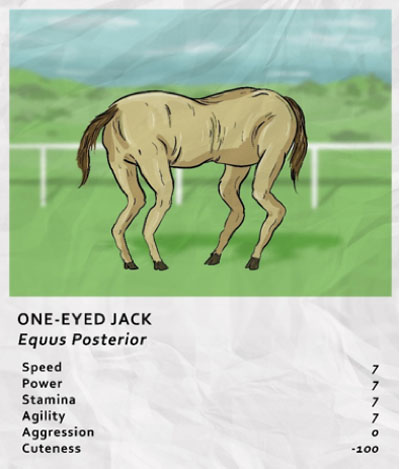 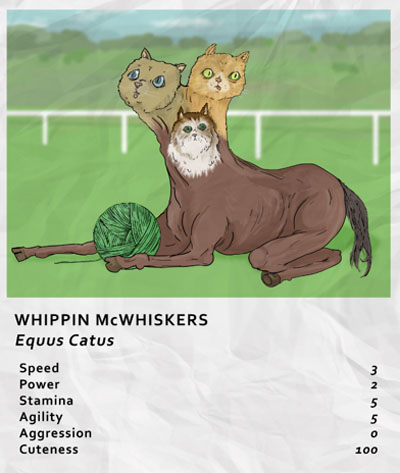