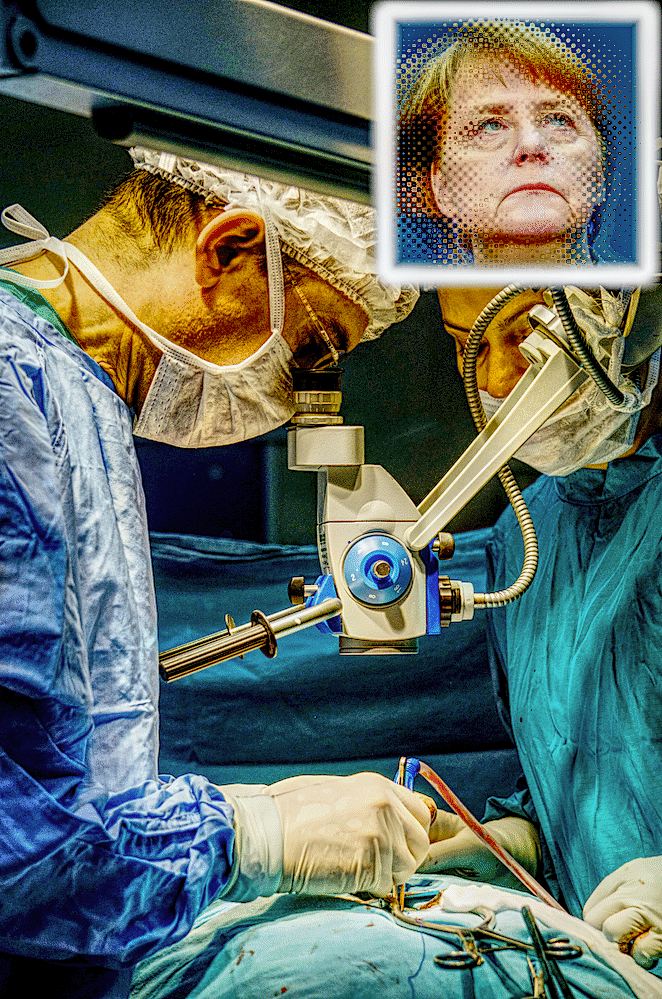 German Chancellor Angela Merkel is to undergo a state of the art procedure to have some form of personality and humour injected directly into her brain, Reuters has reported.

The medical treatment is the latest trend amongst Germans, who sadly are devoid of any form of humour and live their lives mainly in a technical manner.

Professor Arnold Weinglauss, who has performed the procedure numerous times, will officiate the process, which will take three hours of surgery time.

“The procedure is rather complex, and one slip can induce a deeper state of catatonic depression which is the normal state of the Chancellor. We will infuse the ventral striatum within the temporal lobe area, and invigorate the region by injecting a dimorphic mixture of nanobots specifically designed to stimulate the humour centres.”

Chancellor Merkel, like most Germans is unfortunately afflicted with an extremely morose sensibility, however after the operation she may be able to smile slightly or even say a joke.

“It will take some time with such a serious case as Frau Merkel, however we may see some effects in less than two months. Instead of that milk curdling gaze, she may laugh a little. This may take her by surprise, however, and a counsellor will monitor her behaviour. We have had cases where the patient has been so surprised to crack a joke that they fell into utter depression afterwards because of their confusion. We are not however expecting Merkel to suddenly take the podium and act like a stand-up comedian, even with our technological prowess, that is a near impossibility with such a serious case as the Chancellor.”

Merkel will undergo the humour injection operation in January.