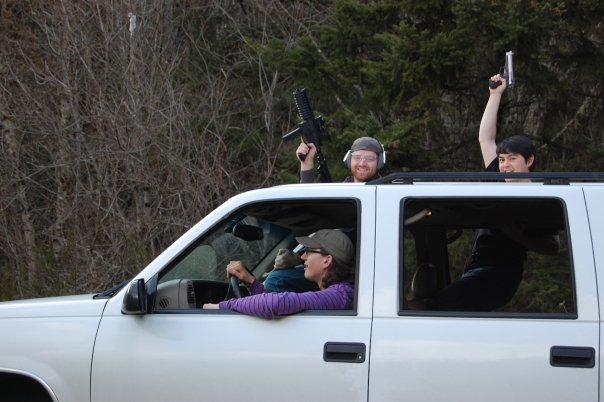 “They sprayed the lobby with bullets. We’ve got casings all over the place. Look at this, this is my trophy for the first $3 billion I made, and it’s smashed to shit,” an angry Mark Zuckerburg told the reporters from CNN.

The drive-by shooting occurred at 10am Friday and had been the fifth drive-by incident last week.

“It’s getting to be a real pain. I was walking my dog past the Facebook HQ last week and I heard some banging, then a car sped off at high speed. Didn’t think much of it until I got home to find my pooch got shot in the leg. These despicable internet wars have to stop,” an angry Palo Alto resident told Wired magazine.

The animosity has escalated recently because of the alleged ‘smears’ Facebook have been orchestrating against Google.

“They hit us, we hit them back harder. These are turf wars, blood, and you better get outta the way, homes,” a Google executive toting an Uzi 9mm told CNN.