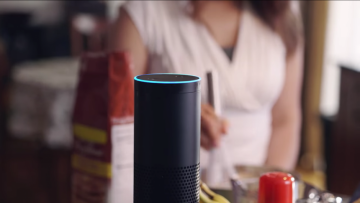 It has already been proven that the microphones on your mobile phones can be activated at any time to listen in, or the cameras on your laptops can be turned on by any hacker or intelligence agency out there, but the blatant use of gadgets like Amazon’s Alexa Echo to garner further insights into people’s privacy is a step too far.

These easily hacked gadgets are an affront to home privacy, but it does not stop there, they also serve a very useful purpose for intelligence agencies like the NSA, and other national agencies.

Facebook and other social media utilities are invaluable for data gathering on people, to evaluate who your friends are, your movements and your political proclivities. Social sites also serve a very useful purpose within the intelligence community to garner data on whole movements of people, to gauge the mood of communities and groups, and to perceive future movements of people, as well as threats to the government.

We will in the future see much more intrusion into the homes of people with the internet of everything, from your fridge, to your toaster. Manufacturers will all commence at the same time to produce products for the home that will be hooked up to the grid, and it will be harder to find products that do not have this capability.

The overall push is now to get inside the individual home, listening, watching, and logging all the data.

In the UK, the snoopers charter has been enforced by the Conservative government where every internet action committed by the user is logged and can be recalled by any agency or company that wants access to it.

Britain’s NHS records are also for sale to the highest bidder, and insurance companies, employers can easily look into your health records to see what they want at any time.

In 2007, we wrote a seemingly ridiculous satirical article on the mass proliferation of surveillance and CCTV in the UK under the then Blair, Labour government. Entitled ‘CCTV Surveillance in UK Homes‘ it was all meant to be a big joke, however we may have foreseen the future in some way, as we are now in the year 2017, and this nightmare dystopian scenario is already amongst us.

Naturally, the ‘do-gooders’ and authoritarian mini-Stalin’s amongst the population will cry ‘If you don’t have anything to hide what is the problem?’ and it is this very mantra that sickens one even more. Why should we all be treated like terrorists, why should we give up every part of our privacy, who gives these people the right to watch us?

Who watches the watchers? Quis custodiet ipsos custodes? Attributed to Juvenal, a man way ahead of his time. No doubt the new ‘Truth Police’ Snopes, the Facebook endorsed fake news authority, who are fraudulent corrupt vile peddlers of untruths themselves and are run by a group of miscreant scum who should be in prison, not given the role of what is truth or not.

Just leave us in peace to live our lives you perverted George Orwell 1984 fucks.