The chances are that even if you have absolutely no interest in business or money beyond spending it, you’ve heard of cryptocurrency. Cryptocurrency, for the uninitiated, is digital money. Rather than relying on physical or fiat cash, traders are now able to exchange bits of code for goods and services. Investors simply need to set up a digital wallet and head to an online exchange to start putting their own cash into bitcoin, Ethereum or otherwise.

Even if you’re not really up on your business or tech jargon, this probably all sounds fairly simple. That’s because, dear reader, it is. Crypto is easy to get into, and trading is instantaneous. There are also next to no fees involved when you pay online. This is appealing to businesses that want to start reaching out to customers on a global basis. Even certain bankers are saying that we’re heading towards a global digital currency. Whether or not this means that bitcoin is going to edge the pound out is another factor.

However, trends suggest that while crypto has never been more popular with the average investor in the UK, businesses still aren’t taking the bait. There’s still talk of bitcoin, for example, being on the edge of going mainstream. Millions of people trade in the money online – so why isn’t it seen as a big enough thing yet? 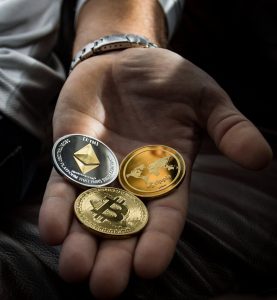 you’ll notice that there’s a pattern. To this day, bankers and big businesses seem to be scared of crypto. There are a few good reasons for this, especially when you look at the bigger picture.

Crypto is volatile. Recent news, and any headlines you can search for, show that it’s unpredictable. It spikes highly, and then drops down low again. It also does this regularly. Bitcoin came to the edge of a bubble in 2018 yet seems to have come through the other side. People are still more than willing to trade in the money, meaning that there can’t be too many risks.

However, the currency still isn’t mainstream here because there are a few big players yet to clarify their positions. HM Revenue & Customs has a policy of crypto profits and assets. There is also a vague position in law. However, the central banks and financiers are not keen to suggest that bitcoin, in particular, is on the same level as the pound. That’s because of a lack of centralisation.

Will Libra change everything? 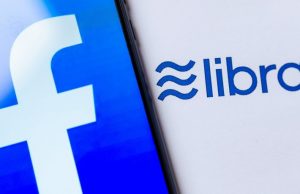 tumultuous 2018 by trying to push Project Libra. Project Libra is Facebook’s landmark digital currency. Zuckerberg has clear designs on the project offering up a global currency, one that can be used by everyone, everywhere. Many hope that this will move crypto into the mainstream.

However, seasoned investors have their doubts. That’s because Libra isn’t like other crypto. Unlike bitcoin or Ethereum, it will have central oversight. Crypto, on the whole, is decentralised, which means that there are no middle managers keeping an eye on things. Libra will work on a centralised basis to some degree, which some crypto purists are claiming defeats the whole object of digital money in the first place.

Libra, however, could introduce new audiences to crypto, especially in the UK. Facebook’s core audience now consists of 30-somethings and older. This is a market that may not have come across traditional crypto on their own. Therefore, the first taste that many people could get of digital money will be through Libra. Ask a few crypto investors and you might get a frightened response.

The reasons for crypto not ‘going mainstream’ are pretty obvious. It’s still an unknown entity. While the benefits are clear, and proven, big businesses and financiers aren’t sure whether or not society can depend on such a volatile asset. That’s understandable. However, with trends showing that more and more of us are getting into the crypto game, it’s making less sense for businesses to hold out.

Until British people educate themselves more on crypto, it’s going to be a fringe benefit. Experts, and trends, suggest that it’s going to explode into the mainstream in just a few years. Can smaller businesses really wait that long? Mainstream or not, crypto is pretty important, and it’s time more of us started sitting up and paying attention to its benefits. For now, you can fumble with the fiat money in your pocket – but you might be dabbling in digital coppers in the future.