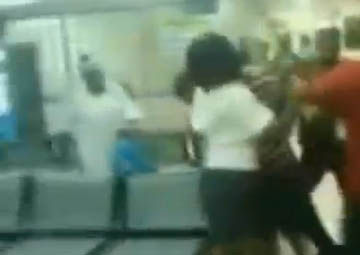 The bankrupt city of Detroit was host to a knockout game deluge that hit the local hospital.

The only remaining doctors and nurses left in the hospital could only watch as a number of people tried to get their Obamacare but were told to pay an enormous deductible charge and some who thought they signed up online were told their insurance was not valid.

The knockout games committed by young people have been hitting all over the USA and this is the first time they are being played in hospitals.