English and Irish women are – by a great distance – the biggest binge alcohol drinkers not just in Europe but in the world.

The latest Governmental guidelines for alcohol consumption amongst pregnant women in the UK is two bottles of vodka a day.

The Government suggests that this can be brought down to one bottle of vodka a day or even better – no alcohol whatsoever.

Governmental Health departments however understand that this reduction quota may be too much for most mothers in the UK and would allow for some discrepancy in General Practitioner guidelines and with midwives.

It is very hard for British women to stop drinking heavily and many rarely look for help.

Brain damage, inferior intellect and deformity are rife in the UK population and are testament to binge mothers.

Britain has been inbreeding brutes for centuries in the alcopop capital of the booze world.

One in three British women 10 – to 30-years-old are now classed as a heavy drinker, binging on six or more drinks in one session at least five times a week when pregnant with child. 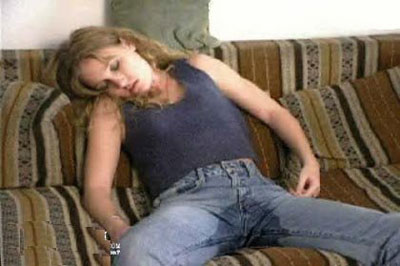 “I drink gin whenever possible and see no problem with my consumption as I am a responsible adult.” says Jackie who is 4 months pregnant with triplets.

This cavalier attitude strikes health officials around the world with bemusement. It seems there is an all encompassing disregard for welfare during pregnancy in the UK.

These disturbing figures are 15 times higher than those of Germany and Italy, prompting warnings that record numbers of women face liver damage and premature death unless they curb their alcohol consumption.

The findings are based on a survey of more than 177,000 women during pregnancy from 21 countries, including Belgium, France and the United States, in the largest study ever carried out into worldwide drinking habits.

The disclosure will alarm policy-makers struggling to combat Britain’s growing drink problem amongst pregnant women, which has led to an escalation in anti-social behaviour, low birth weight, mental problems in children, lost working hours and long-term health problems, including cancer and heart problems.

Not much has changed since the 18th Century: In 1751, William Hogarth etched this accurate depiction of drunks in London.

Pregnant women across Britain have been fighting for their rights to binge-drink for centuries so why should things change now?

“It is an English tradition and should be upheld by the people.”

MP for Blackpool Joan Humble “I do not think this Government should dictate to anyone how little or how much alcohol a pregnant woman should consume. My constituency has the highest alcoholic mother register in England, and it is our right.”

Who is to deny that things have definitely not changed over the centuries, so why should they change now?