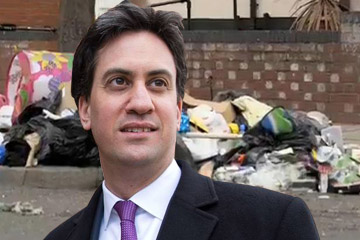 The first Benefits Island show will commence in 2015 when Labour wins the general election and boots the Tories out.

The format of the Channel 4 show will be along the lines of its huge hit Benefits Street but will be filmed on an island where no one pays tax, no one works or does anything.

“This is an exciting project because it won’t just be one street in the spotlight but a whole island. You’ve asked me what island we will use for the program, well, if you can’t guess that then you’re frankly a bit dim,” Benefits Island producer, Edward Millipede told the BBC.

Benefits Island will be broadcast on election result day (benefits day) on 7 May 2015.