While I might have only ever worked in an office environment for a grand total of 7 hours when hired one summer to re-organize a lawyers’ library in Toronto, Canada, I can safely say that I am an expert in the field of gender dynamics in the office.

You see during those 7 hours I witnessed what I can safely say is the greatest separator against the female gender. A divide so great that it truly keeps women separate and not equal in the workplace. This problem has existed ever since women were granted access into the office environment, from the early days in the typing pool or the operators’ room all the way up to today, where we can proudly witness women ascending to the highest echelons of corporate life.

While women have struggled to achieve financial equality and titles, there is still so much work to be done to achieve true equality in the areas that really require our attention. Because you see the true deficits of women’s equality are the subtle problems, the micro problems, the tiny issues that we might miss if we don’t pay attention. These small problems slip through the cracks and get lost, like a lonely polar bear cub in search of its mother in the frosty tundra. Yes and like the tiny polar bear cub these problems can grow and become fearsome creatures, ready to attack! I invite you, all of you, to become emboldened like the tiny cub. To take action and fight like the polar bear must fight to survive, so that this problem of inequality can be eradicated for the next generation of women!

Of course, the issue I am speaking about today is an issue every woman both in the workplace and out of it has faced at least once in her life, if not on a regular and ongoing basis. A problem so common, yet so ignored that it remains untouched by our politicians, our scientists, even our Instagram influencers barely go near this subject it is seemingly so beyond repair. The issue of course that I am speaking about is the ridiculously tiny women’s pants (trouser) pocket. 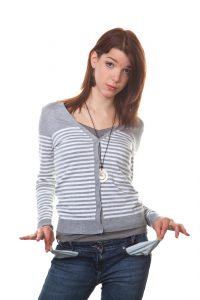 Although women have been wearing trousers since the year 1851 our pockets remain as restrictive as our rights were in that very same year. While revolutions have been fought and won and women have finally made it from the kitchen into the boardroom, we are still shackled to these heavy, expensive pieces of luggage we’re told to call purses. The item that is practically assigned to us at birth, as if the doctor pulls you out and says, “congrats! It’s a girl! Would you like leather or snakeskin?” That’s right, these bags we carry around that keep us from running fast enough to catch a toddler or get caught in subway doors, these poorly designed contraptions are holding us back. And why? Because we can’t even fit an iPhone in our trouser pockets, let alone our dignity.

I’ll take you back to that summer I worked at Addario, Green and Mitchell LLC in Toronto so many moons ago. I arrived in the morning, wearing my usual overalls and sneakers (I had been told the office would be empty for a corporate retreat and to dress casually if I wanted to). I entered the law library to get my work started when I heard a noise in the next office down. I poked my head into what I thought was an empty room only to find Maria Douglas Hofkin, junior clerk, sitting at her desk typing. I told her who I was and why I was there. The interaction only lasted a few minutes, but it would be burned into my memory for the next decade of my life. Because the next minute, Spencer K Franklin walked down the hallway in our direction with a smile on his face and nothing in his hands. He arrived at the office door and announced he was going to order lunch and would we like anything? I declined having just eaten two massive burritos, but Maria Douglas Hofkin said sure, sushi might be nice. Without skipping a beat, Spencer K Franklin reached into his trouser pocket and retrieved a small notepad and a small pen with a cap. He took down Maria Douglas Hofkin’s order and put the notebook and pen back in his pocket. Out of the exact same pocket, he took out a packet of gum and offered me a piece. I stared at him in awe. As he chewed, he went back into his pocket once again and took out his wallet, offering Maria Douglas Hofkin 20 dollars he borrowed from her the night before at karaoke. She said keep it, sushi is expensive.

Almost as if he was showing off, he went into his Narnia sized pocket once again and took out a full sized comb and proceeded to comb his hair while he chewed his gum. My mouth must have been wide open because the next thing I knew, Maria Douglas Hofkin was asking if I was alright. Before I could answer she was already getting up from her desk and walking towards me and that’s when it happened. It could have only been an instant, but it felt like slow motion. Maria Douglas Hofkin stood up from her desk, she was wearing a smart burgundy pantsuit that fit her very well. As she stood from her desk, she went to put her cell phone in her pants pocket. I spotted it instantly. Her Samsung Galaxy S10 barely made it 3 centimetres into her left pocket before she started walking towards me. She only took two steps before that phone flew out of its shallow holder, spinning through the air and landing with a piercing crack on the cement floor. We all stared at the phone, faced down, knowing in our hearts what had happened.

Looking embarrassed, Maria Douglas Hofkin quickly bent down to pick up her phone and as fast as you can say wage gap, her face fell; the screen had cracked. I turned to look at Spencer K Franklin, who said nothing but plunged both his hands into his Grand Canyon deep pockets as he began to back away slowly. Was it his fault? No. But he knew, deep down, he knew his presence and the presence of his gigantic pockets was longer welcome. I sat with Maria Douglas Hofkin as she wept and booked an appointment at the nearest screen replacement service store. We were connected now, through our bond of tiny pockets. Sisters in arms.

So my call to you now is this; don’t stand idly by with your hands in your pockets — or hanging halfway out if you wear women’s trousers. Do something. Say something. Write your local politician, or your local Levi’s store. Tell your children, tell your friends, tell your postman! Women deserve true equality, true freedom and independence from purses. Tiny pockets must end! Thank you!

Zoe Brownstone is a Canadian-born UK based comic and writer, for show dates visit zoebrownstone.com and follow along @zoezoehaha