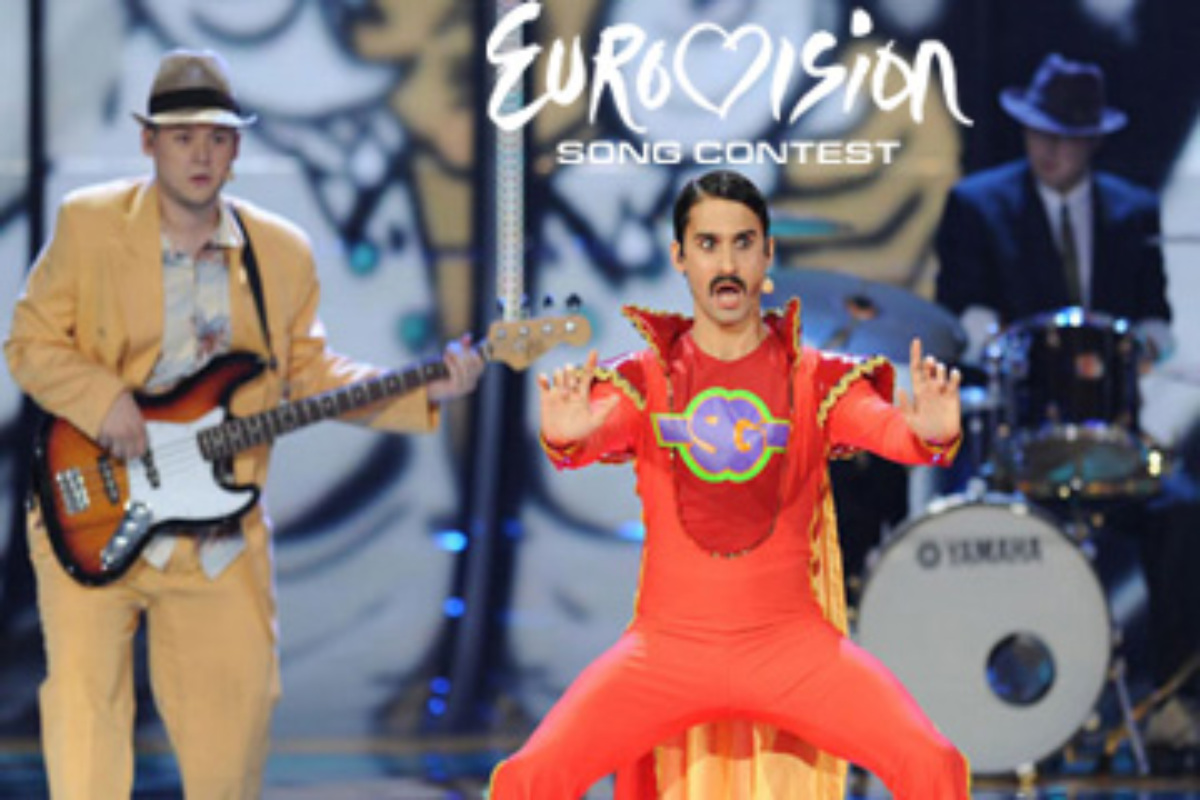 It is not exactly a revelation that the politically biased and motivated Eurovision Song Contest is not about musicality in any shape or form. Let us simply analyse the name – Euro (The EU state) Vision (a showcase of the EU states’ supposed ‘magnificence’ to the rest of the world) Song (musicality and songs do not exist here) Contest (biased EU judges within a rigged voting system that elevates an EU member state for show for a year).

The grotesque vulgarity of the Eurovision Song Contest displays a diabolical affront to any form of music, lowering the art of composition, artistry in a cheap banal manner to the levels of base mediocrity and creative death.

If this is meant to be the epitome of thousands of years of Western European progress in the arts, let it hang its head in abject shame, a suppurating boil on the asshole of humanity‘s ultimate failure.

The insipid brown-nosing sycophantic presenters are vomit inducing scum who should be executed with no mercy for their contribution to the violation and death of creativity and artistry, these parasitic enablers are only EU state pawns in a politically motivated Sovietized fascistic state sponsored festival of vile automaton robotic NPC shite, all of them, cunts reading EU state written Goebbels propaganda autocues.

If there is a reason for war, this piece of moribund detritus would be it, and some entity would be welcome to plough through the continent erasing the EU and silencing the Eurovision Song Contest forever. One could only dream of such a momentous gesture, for if it ever became a reality, the stars would align in universal celebration and the rest of the world would rejoice in the party of the century.