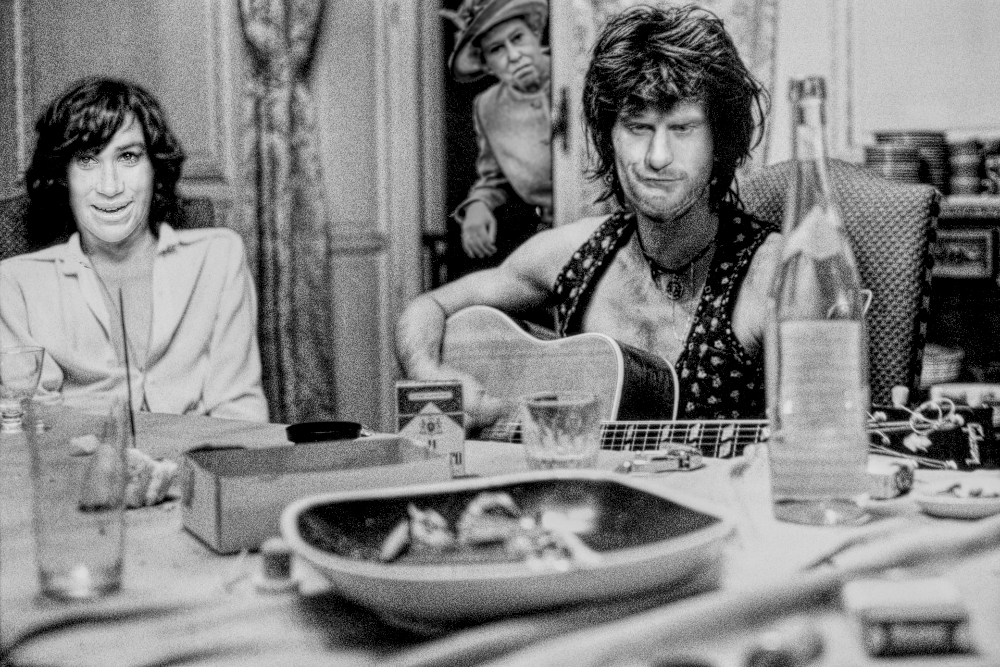 Forget the Rolling Bones, the Duchess of Sussex, Meghan Markle is bringing out a new album called “Exile on Meghan Street”

Some of the controversial tracks in the rocking album include “Pass the Wind”, a song written lovingly about Prince Philip, and “Rip this Balmoral Joint” as well as the amazing “Frogmore Blues”.

Prince Harry, who plays the bongos and one string on the guitar on the album believes it could be a seasonal hit with the Queen who is rather upset that his wifey has snubbed the Sandringham Christmas traditional jaunt because Meghan says it is “too demanding”.

“Yah, Meghan taught me how to hit the bongos. See, you hit it with one hand, then in a sort of rhythmic fashion hit it with the other. Look it makes a sound ‘bong!’, and on the guitar I play the low E string, the thick one at the bottom. Not sure what these metal lines are across the guitar but I can play one string. Yippee!”

Exile on Meghan Street is an album that does not tell of dodging the tax man à la the Bones, but of exile from royal duties, which Meghan detests with a vengeance.

“I come from sunny LA. Britain is a miserable grey shit hole where they have this thing called a stiff upper lip. I am a leftist who hates colonialism, and the British people suck ass. Fuck this royal shit, I have demanded that Prince Harry rejects royalty, and we go and live in some McMansion in Beverly Hills, of course on the British taxpayers dime.”

The album will be released by Frogmore Recordings on December 24th priced at a mere $465,000 and all proceeds will go to Meghan Markle’s handbag fund. Available at all good record stores that are still around.