According to her agent, the Duchess is very excited about the role and will even spend a whole year in a Turkish prison to see what it’s really like.

Speaking at a hotel along the Bospherus, she said: “Well, I’ve been in a Turkish bath once before, and I’ve been to a few Turkish orphanages, but the thought of going to a Turkish prison really excites me. I wonder if the cell has room for all of my Louis Vuitton bags?”

Because of Fergie’s desperation for funds, especially with a £6.5 million credit card bill she can’t possibly ever pay back, she jumped at the chance to star in the film when there were no other takers.

Turkish prisons are said to be some of the worst in the world, and the original Midnight Express film depicted scenes of torture, brutality and deprivation that has coloured the view of Turkey’s human rights record ever since.

Oliver Stone, who wrote the original screenplay, has been drafted in for the remake, but director Alan Parker will give it a miss this time instead, director Eli Roth has stepped into his boots.

“Sticking Fergie into a Turkish prison has been the wish of many people, especially some prominent members of the royal family, mentioning no names, of course,” a palace aide told the Times. 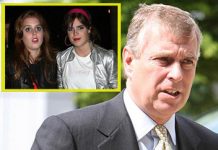 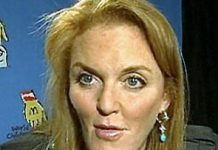 Urgent Appeal for Donations to Save Fergie 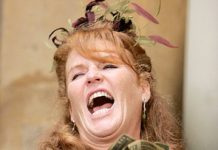 EU Asks Germany to Bail Out Duchess of York