One must feel for poor old Stormy Daniels, here she was expecting a massive extra pay-off from the Trump team, and vindication for her ‘claim’ that she was threatened by a man wearing a wooly hat, but now has to pay off massive legal fees after being stumped by the judge.

“I gotta get back to work. Been practicing my guzzling, and moaning. You know that fake moaning that the female performers have to do to pretend they’re actually having fun being pistoned insanely by some meth-eyed roid-muscled meathead with a crew cut and a viagra’d member that resembles a huge GMO eggplant.”

Yes, and to add insult to injury, the $580,000 odd raised at Stormy’s GoFundMe site will no doubt go to Mr. Trump’s team. This effectively means, that the dumb socialists who funded Stormy are giving the money to Trump. One can almost see the Teflon Don giggling like a schoolgirl as he slaps his hands together in utter joy at the irony of it all.

Here’s to the American justice system. (Stormy takes another shot of the good stuff gargling) 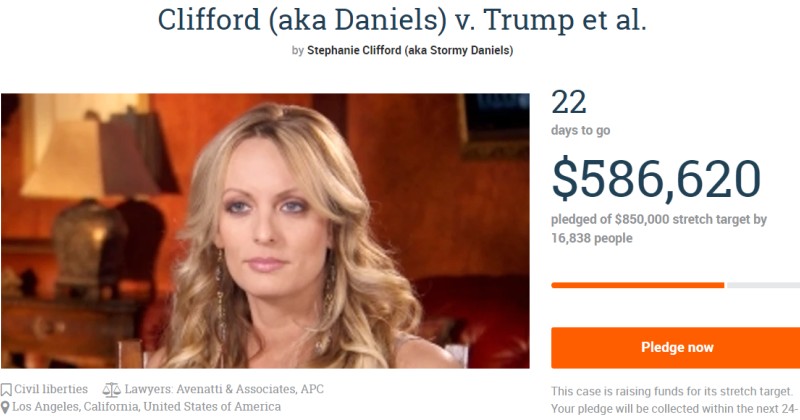