The most recent Hans Soylo film flopped so hard at the box office that it did not even recoup the initial production costs let alone the astronomical marketing bill. Hans Soylo lost the film production company over $700 million dollars.

“Donald’s going to appear in the next Hans Soylo episode as a duck from the planet Quack. He will teach Hans Soylo about the ways of flying the Millennium Falcon. What better creature to teach Hans Soylo than a duck that has little wings that cannot actually lift him off the ground, plus Donald will be the first homosexual transgender lesbian soy drinking duck to frequent space, making it a sublime first in cinema..we’re breaking the boundaries.” an excited Kennedy revealed at yesterday’s press release in Los Angeles.

It seems the Star Wars franchise has been going from bad to worse, however the introduction of a talking duck should infuriate die hard Star Wars fans even further.

“Are you fucking kidding me? A fucking duck? This goes beyond the atrocious Hans Soylo film which was boycotted by many true fans, and has made a huge loss in cinema sales. This news is beyond that Jamaican nasty, Jar Jar Binks! These Disney and LucasArts people have ruined the franchise!” an irate true Star Wars fan revealed.

“A New Duck Bill” is currently in production and will cost an estimated $975 million to produce. Prepare to lose the fucking lot..you idiots..

Entertainment website, Entertainment quoted on its website that the film should be out for release by Christmas.

In other entertainment news — the Daily Squib has been classified in the TOP FIVE of UK Satire Sites on the prestigious Feedspot. 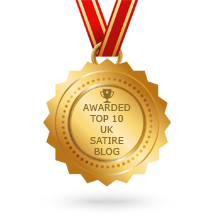