The producers of the film have been racking their brains on what to call the dog which was originally named after the Latin word for ‘black’.

“We did not know what to do. Obviously, we had to change his name because it is not an appropriate word to use these days,” Charles DeMenzies, one of the senior producers for the project told Empire magazine.

Stephen Fry, who wrote the screenplay, said: “I was tweeting to my 20 million fans the other night and I thought to myself, how about spraying the dog white and then calling it ‘wigger’? It was an astonishingly spondalicious idea, I might say, so I got one of my many portable gizmo gadget things out of the drawer and tweeted, facebooked, faxed my idea immediately. We’re even thinking of putting those ghastly gold chains on the mutt and playing eminem raps whenever he’s on screen. I reckon I’ll get a BAFTA for this.”

The American financiers of the film ordered the change of name for the dog as well as replacing all the British crew of the Dam Busters with American actors enacting a purely American theme. 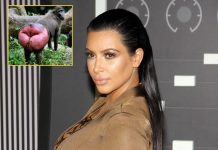