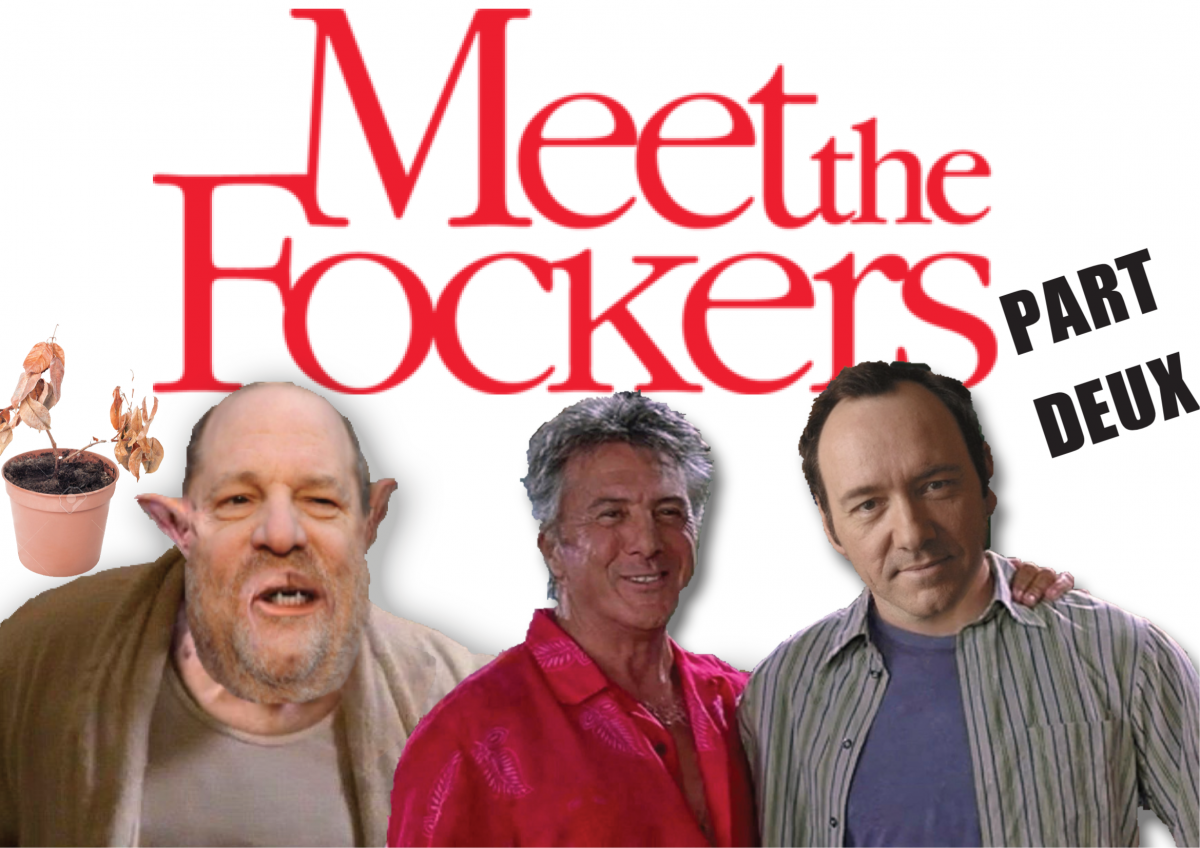 As far as the plot for the film goes, without giving away too many spoilers, there’s a lot of sickness in this film that will have you reaching for the puke bag more than the pop corn.

The film is about three Focker brothers who use their power in Hollywood to do horrible deeds.

Producer and actor in the project, Harvey Weinstein came out of hiding to talk about his role: “I do a lot of focking. I even Fock plant pots. Like I fock this actress after I promised her a role in this movie, but once I did the focking, I forgot her name, but she sure as hell remembered mine. It was consensual, at least that is what I heard above the screaming.”

Pedo Focker, Kevin Spacey reveals in the LA Times that his role was highly enjoyable because there was no come-back for his evil actions, unlike in real life when the truth finally reared its ugly head.

“The test screenings went well. People would flee the theatre crying uncontrollably and many were so distressed they needed counselling on a long term basis. Out of all the Fockers I’d say in terms of evil, it was up against Weinstein Focker and Spacey Focker,” the director of the film, Roman Polanski revealed from Croatia.