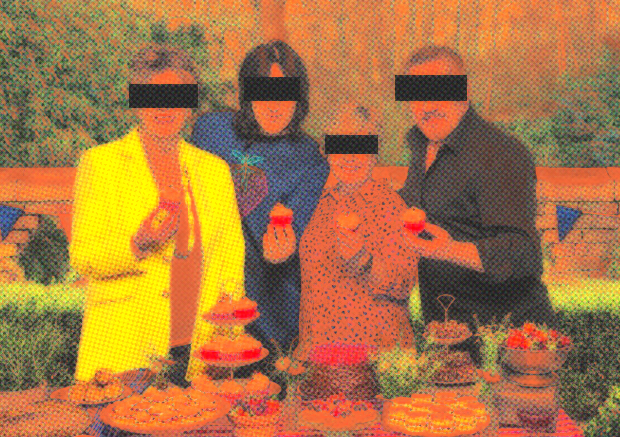 When it comes to fake, you just can’t get faker than this banal stale television sadism beating people over the head with fake plastic smiles and even faker bland drooping one-liners that could make your newly ovenised bread loaf sprout legs and dive head first into a winter pond full of ravenous ducks as a last suicidal jump to silence the pain.

For fucks sake, is there not enough crud on the telly that the TV controllers have to regurgitate such quaffing buttered piss swilling crud as the Great British Fake Off.

It’s a fake bake, but one thing that would spice things up a little would be some white phosphorous dropped on the whole set to see the real baking that would occur.

No doubt the presenters are paid vast amounts of shilling for this shit, but what else does the poor TV watcher have left these days apart from gay dancing shows, cooking shows and silly reality shows. The civilians are dying a slow death, baked, faked and all to the strains of the Macarena on constant loop.

What does this say about modern Britain? Nothing, absolutely nothing, because there is nothing left, absolutely nothing has transcended even a millimetre towards some kind of mental absolution, some kind of understanding. The people who watch this grotesque pithy background stuff, are themselves lost in the mire, forgotten, and ultimately condemned to a perpetual dystopian nightmare of televisual torture.

Hell definitely is a real thing, that is if you watch anything on the telly these days.