“Has he gone yet? Please let the yanks take him. I don’t think I could take his smarmy obnoxious fake smile for much longer on our screens. Every channel you turn to, it’s the greasy little fucker and his saccharin simpering leer infecting your every being. Let’s face it, Pierce Moron is a dickhead of the highest order. I’m surprised he doesn’t have a pair of bollocks dangling from his chin. I’m begging the Americans to take our most hated figure and adopt him into their banal talentless plastic culture of celebrity worship. It worked for him here, so why not over there?” an angry TV viewer from Hartlepool told the BBC news.

The announcement that Piers Moron had left these shores was hailed with cheers on Britain’s streets and in some areas street parties.

“We don’t have much money left anymore but we cobbled together a few things, like a cup of coffee and three week old muffin from a BP petrol station. We’re having a party today to celebrate the loss of Piers Moron. The Americans can have him, Sarah Ferguson and the oil,” Laura Bristlewaithe, a housewife from Dorset said. 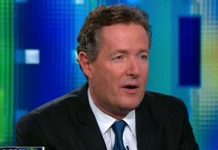 Call For Guns to Be Banned in Murder Capital London 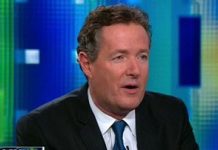 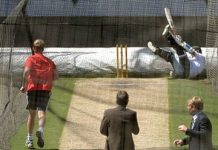 Australian Cricketer to Get New Year Honours From Queen