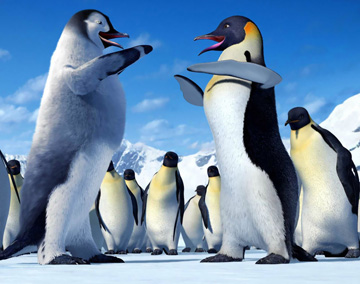 Hollywood is now officially dead, although it died a long time ago, it really is a corpse full of preening maggots undulating amongst the rotting flesh of poor scripts, mediocre actors and the tendency to bypass plots and rely on CGI.

The only thing that makes money now for studios is superhero movie knock-offs of knock-offs, and cutesy animated CGI cartoons. That’s it. How many times do you want to see a penguin jumping up on an iceberg talking in a Brooklyn accent? Fuck that, and fuck Hollywood, let us hope it falls into the sea never to be seen again.

Unless something is done soon, there will be absolutely no audience. Aha, audience, what audience! Cinema bookings are practically zero now, what with streaming you can see any film you ever heard of on the internet for free in HD. Many people have renounced cinemas purely on the precept that giving a single dime to the studios is a serious crime. Why in the world would you want to do that? Why support bullshit? There is no plot no script no cinematography even worth waving your dick at any more let alone paying for. Today’s studio bosses should be ashamed of themselves, how they have run their own industry into the ground, you are all to blame, and this is why people do not want to go to cinemas any more.

Hollywood, take your formulaic banal pap and stick it where the sun don’t shine. It’s over.