Amy Winehouse is addicted to ballet and has been secretly training for her debut in the Bolshoi Ballet production of Tchaikovsky’s Sleeping Beauty which is going to open in Moscow’s Bolshoi theatre in 2009.

Now you know why she wears those ballet shoes wherever she goes.

Her obsession has been so intense that she even sleeps with her ballet pumps and bathes in them too.

“Amy is the most dedicated ballerina I have ever seen, she can stand on tiptoe for hours on end without flinching, this is her drug — her true passion,” respected Ballet mistress, Antoinette Rehabskirova wrote in last weeks edition of Pravda.

Ms Winehouse has injected a much needed boost into the elite world of ballet, her courage and dedication has now been the inspiration for many young girls around the world. 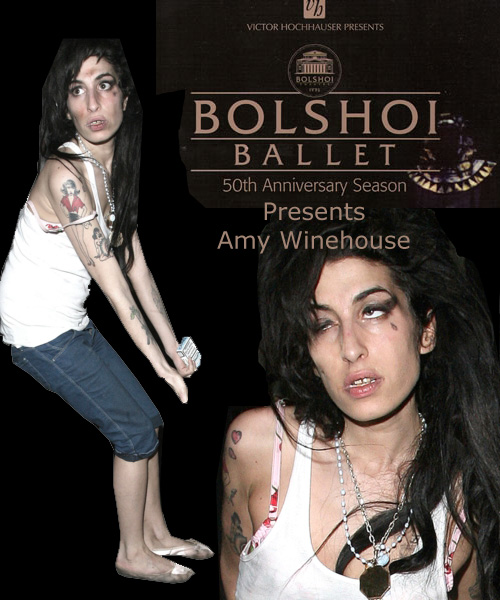 She is so obsessed with ballet that she even has one room dedicated solely to ballet shoes. Winehouse keeps about 20,000 pairs stacked up wall to wall.

The production will tour the world starting in February 2009 and is already a sell out at all venues.