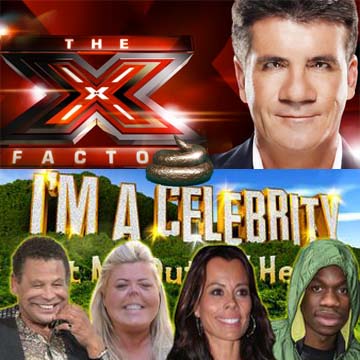 The Reality Television virus, never before observed in healthy people, was found to affect cognitive functions including visual processing and spatial awareness.

Scientists at Rupert Hodgkins Medical School and the University of South Carolina stumbled upon the discovery when they were undertaking an unrelated study on Reality TV.

Surprisingly, the researchers found that watching reality TV shows turns you into a vegetable or alternatively a moronic imbecile with an intelligence level lower than a stone.

Dr Mulrone Yokem, a virologist who led the original study, said: “This is a striking example showing that the ‘innocuous’ reality of the reality TV glut has irreparably adjusted human existence for eternity destroying its capabilities for intelligent thought.

“Watching any shows with the likes of Simon Cowell or any other similar reality program will devolve your brain to the level of an amoeba. You’ll be so fucking stupid afterwards that your brain will literally ooze out of your ears. We named the virus after Simon Cowell himself, who is a very important phenomenon in the reality tv world, it’s called C-NTU”

The findings of this research show that mainly stupid people are attracted to reality television, but the funniest part of the research reveals that these stupid people get even more stupid after watching these shows they are so attracted to.

A source from a production company from one of these reality shows revealed: “We want people to be comatose. That’s our plan, the more stupid people get, the better. Keep watching, and do not bother thinking you insignificant toads, get more stupid, do not think, do not awaken, you must spend more money on us, keep watching, you’re lower than the dirt on my shoe.”

The study’s findings were published in the Proceedings of the National Academy of Sciences.