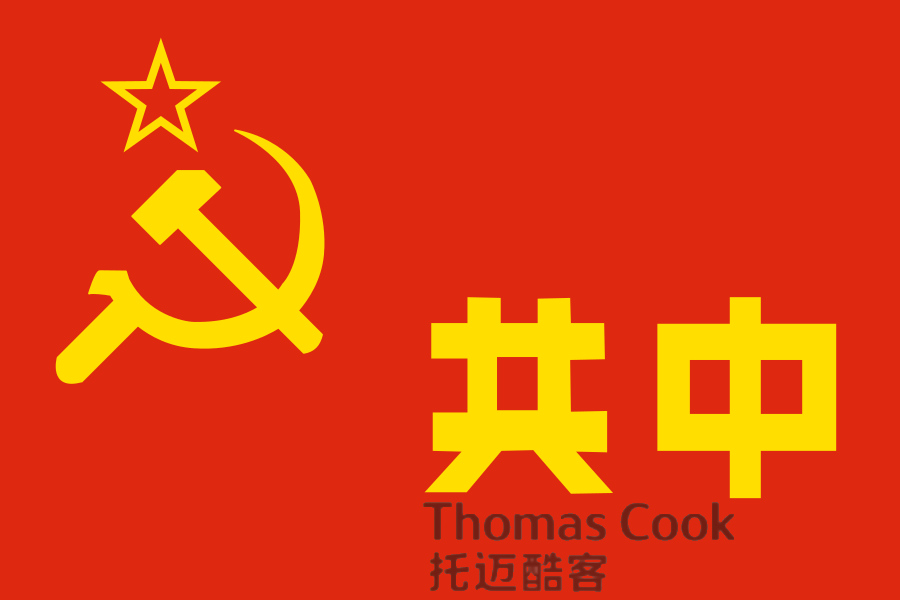 How’s that for retribution, or a kick in the ging gang goolies, the fucking Chinese have now taken over beloved former British travel company Thomas Cook.

“This is your captain Wei Lo speaking, we have postponed your trip to Majorca. Instead, we will fly you to China where you will all be beaten, detained, forcibly indoctrinated in Soviet Maoism and your kidneys removed.  Thank you for flying with Thomas Cook, capitalist Western scum!”

Long live Chairman Mao’s Great Leap Forward, as every holiday you buy will be used to finance some horrendous Uighur internment camp where thousands of people are detained in re-education gulags and tortured.

Is your conscience clear as every penny spent now on Thomas Cook is funnelled into the Chinese Communist Party’s coffers to be used against the West somehow?

Look down as you fly over Tibet in your Thomas Cook commissioned holiday and you may spot the Buddhist monks being tortured mercilessly by Chinese commie soldiers.

How about some in-flight refreshments, enjoy the aroma of freshly spilled urine as a Chinese boy tells his mummy he has to pee? The aisle where you are sitting is good enough.

You can book a flight to Torremolinos, have a quick nap and wake up with a large scar down your back. They took your liver and there’s nothing you can do about it, enjoy your holiday.

There is some good news though, Thomas Cook will now be used by millions more Chinese tourists to travel around the globe spreading more viruses, defecating and washing in the Venice canals, and reducing hotel buffets to look like something from a plague of locusts.

Who wants to book their holiday with Thomas Cook now?