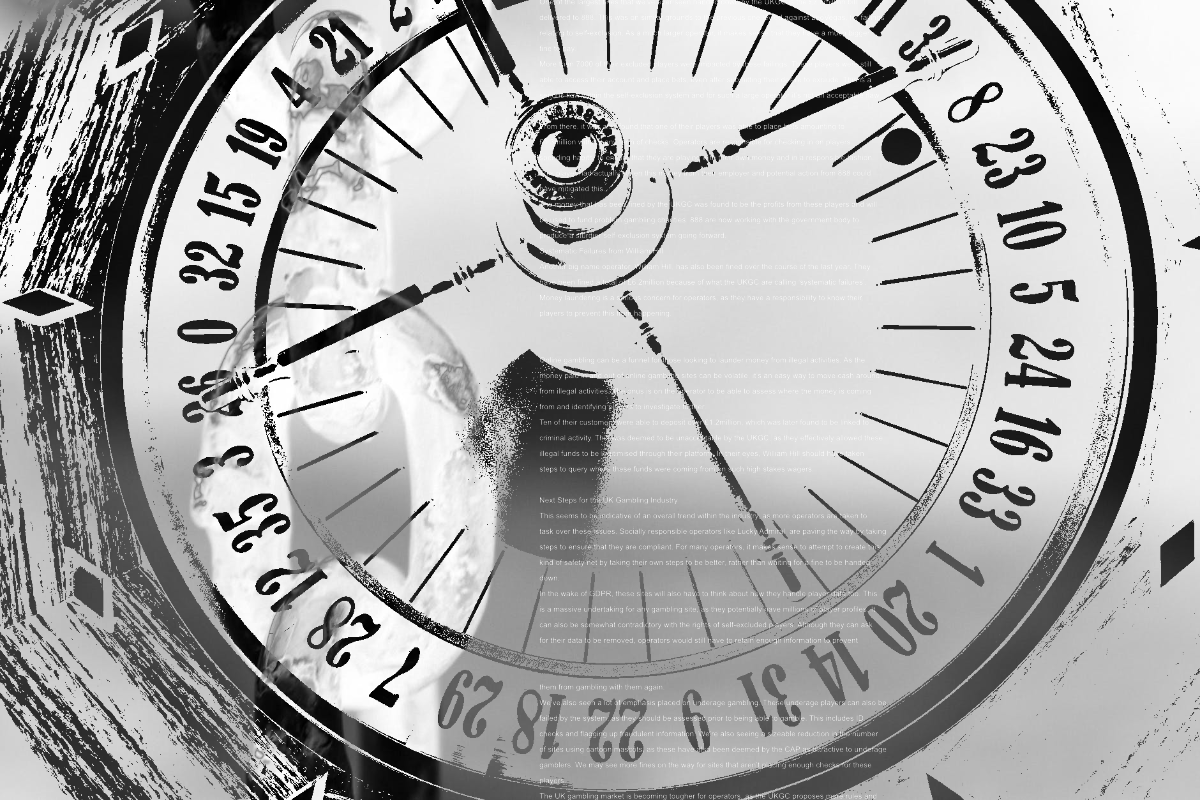 When we think about the world of online gambling, we can think that this is a bit of a shady industry. However, the UK Gambling Commission, UKGC for short, are tackling bad practice in the industry in order to make it a safer practice for players. Recently, we’ve seen some massive fines coming into play from this governing body.

Over the last few months, there have been a lot of fines handed down for a variety of different reasons. LeoVegas, one of the larger operators out there, have been fined because of their practices around self-exclusion. So what exactly does this mean?

Self-exclusion is a very valuable tool for players that have identified that they may have a gambling addiction. This allows them to put stops in place, effectively suspending their account for a set period of time. This can be temporary, for a month, or permanent – depending on what the player feels is appropriate.

During this time, the operator has some serious obligations to the player. They have to treat this player differently, as they have flagged that they have an issue with gambling. Problem gambling is a serious issue and one that operators have to respect and stamp out where possible. This means that they can’t communicate with the player to offer them promotions or attempt to have them coming back before their exclusionary period is up.

The failings of LeoVegas include marketing to these excluded players, allowing them to gamble and not taking reasonable steps to support them. They were also found to be running ads that were deemed to be misleading. These were misleading due to extensive terms that were not represented or claims that were embellished.

The result of this ruling was a £627,000 fine for the entertainment site, which was deemed to be the rough amount of profit accrued due to these business practices.

One of the largest fines that we’ve ever seen handed down by the UKGC is the £7.8million bill delivered to 888. This was on similar grounds to the previous one levied against LeoVegas, for failings relating to self-exclusion. As a much larger operator, it makes sense that they have a much bigger fine to pay.

More than 7000 of their excluded players were impacted by these failings. These players were still able to access their account and place bets, even after submitting their desire to exclude. This is a serious flaw within the self-exclusion system and for such a large operator it’s not an acceptable flaw to have.

From there, it was also found that one of their players was able to place bets amounting to £1.3million without any form of checks. Operators are responsible for checking in on players spending habits, to ensure that they are playing with their own money and in a responsible fashion. This player had actually stolen this money from their employer and potential action from 888 could have mitigated this.

The money that has been fined by the UKGC was found to be the profits from these players and will be used to fund problem gambling charities. 888 are now working with the government body to produce a sturdier self-exclusion system going forward.

Another big name operator, William Hill, has also been fined over the course of the last year. They have been fined a total of £6.2million because of what the UKGC are calling ‘systematic failures’. Money laundering is a serious concern for operators, as they have a responsibility to know their players to prevent this from happening.

Online gambling can be a funnel for those looking to launder money from illegal activities. As the money paid in and out of online gambling sites can be volatile, it’s an easy way to move cash around from illegal activities. The onus is on the operator to be able to assess where the money is coming from and identifying players to investigate further.

Ten of their customers were able to deposit over £1.2million, which was later found to be linked to criminal activity. This was deemed to be unacceptable by the UKGC, as they effectively allowed these illegal funds to be legitimised through their platform. In their eyes, William Hill should have taken steps to query where these funds were coming from on such high stakes wagers.

Next Steps for the UK Gambling Industry

This seems to be indicative of an overall trend within the industry, as more operators are taken to task over these issues. Socially responsible operators like Lucky Admiral are paving the way by taking steps to ensure that they are compliant. For many operators, it makes sense to attempt to create this kind of safety net by taking their own steps to be better, rather than waiting for a fine to be handed down.

In the wake of GDPR, these sites will also have to think about how they handle player data too. This is a massive undertaking for any gambling site, as they potentially have millions of player profiles. It can also be somewhat contradictory with the rights of self-excluded players. Although they can ask for their data to be removed, operators would still have to retain enough information to prevent them from gambling with them again.

We’ve also seen a lot of emphasis placed on underage gambling. These underage players can also be failed by the system, as they should be assessed prior to being able to gamble. This includes ID checks and flagging up fraudulent information. We’re also seeing a sizeable reduction in the number of sites using cartoon mascots, as these have also been deemed by the CAP as attractive to underage gamblers. We may see more fines on the way for sites that aren’t placing enough checks for these players.

The UK gambling market is becoming tougher for operators, as the UKGC proposes more rules and regulations. It seems that conscious operators will be able to change their processes to stay compliant, those that don’t will be at risk of a fine.