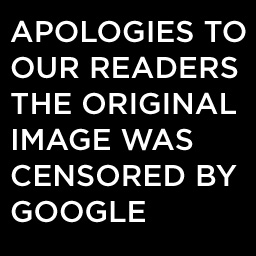 Russian ultras are getting ready for England fans for the World Cup in Russia this summer.

No one in their right mind should go to Russia, especially after what happened at the Euro 2016 football hooligan event in Marseilles.

Russian Ultras do not drink alcohol before fighting events and are highly trained in fighting arts like Krav Maga, Russian Systema and other Spetsnaz fighting techniques.

Backed directly by Putin’s Kremlin, Russian Ultras are also highly organised during fighting sessions, overwhelming their opponents, then taking them down clinically, and brutalising them mercilessly even when down on the ground helpless.

Russian Ultras wear all black clothing, black hats and have specific legions, they meticulously plan their attacks utilising maps before each football event. They mark out areas where they will flank their opponents, planning strafing attacks as well as where they can corner their opponents and beat them senseless.

England fans have many major weaknesses, they are unorganised, untrained, and are usually drunk. These qualities are capitalised on by the Russians who utilise military techniques, and the fact that English fans are drunk and disorganised to maximum effect. The Russians will be fully sober of alcohol, although on amphetamines, and pure adrenaline.

Not only do the Russian Ultras have highly advanced attack formations and plans, but they also utilise sophisticated techniques to avoid any police contact. This means they can inflict as much damage as possible on England fans without reproach or fear of getting caught. Usually, this means many England fans are caught unaware, as the Russians appear out of nowhere and smash their opponents with ultimate brutality and no mercy, then swiftly dissapear.

It is certainly interesting that the Home Office has not called off the World Cup in Russia this summer for England fans, as they will be prime targets, especially after the recent Novichock chemical attack in Salisbury.

It is safe to say, therefore, that England fans will be sitting ducks during the Russian World Cup and their lives will be in serious danger. The heavily trained Russian Ultras have been training hard in the gym and their special training camps for this specific event all year.

The Russian Ultra creed this summer is to show its superiority, and brutal might over the drunk, fat, untrained English fans and if any England fans actually go to the Russian World Cup, they might just as well be coming back in a body bag.