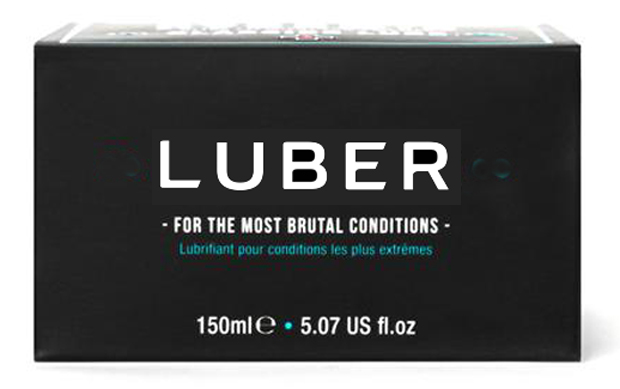 The former taxi company Uber is re-branding its image and name after losing the almighty London contract thanks to Labour Mayor Sadiq Khan and TFL.

“Our new image now is a big tube of lube, that’s why we’re now called Luber,” Chief marketing strategist in charge of the project, Slippy Slider told the Evening Standard.

The multi-million pound rebranding operation took two minutes to conceive thanks to the help of advertising agency Kitch Flannel Joelkins who won the contract after a massive bidding war between rival agencies.

“I was at my Madam’s house, who I visit every Tuesday. I had just been given the Uber rebranding contract and just as I was slipping into my latex suit I stepped on a large tube of Lube and hit my head on the Madam’s boot. Picking up the tube of lube, I immediately made the connection UBER – LUBER,” creative consultant, Miles Abergumber revealed.

Well, now that there will not be any Uber cabs in London, former clients can rest assured that the Uber board of directors will be using plenty of Luber lube. Let us congratulate Luber on its new business direction.