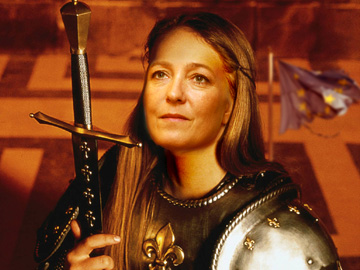 Back in 2012 the Daily Squib predicted in its own way that the EU was a catalyst for the re-emergence of European fascism, in one form or another.

Through the billowing smoke of incompetence, corruption and idiocy of the European Union, there now rises a tangible fascistic threat to the current EU debacle.

Fascism is something that never went away from Europe, and there is a growing tide of discontent against the forced multiculturalism being pushed down the throats of the whites within the continent. The EU already incorporates an amalgamation of fascism and soviet ideologies, however pure fascism, as in the racial form could be a threat initially to the EU, but once it is dissolved, ethnic fascism would reconvene the states, as one cohesive unit, albeit without the non-whites.

“In any area of town, if anyone who has colour moves in, we move out. This is the way it has always been and will always be. The French are notoriously racist, and Le Pen is a reaction to the influx of African and Algerian immigration, who breed like rats and are a burden on French society. Fascism thrives when there is an element of threat, to spur on the white masses. They must feel as if they are in constant danger and a good leader will ensure he/she will keep on stoking the fires until a raging storm builds up,” a fascist Le Pen supporter revealed.

There are of course elements of the Hegelian Dialectic at work as well, deep down, the majority of whites detest any other skin colour, and it is this biological programming that allows fascism to flourish, as the supposed opposition wills it into place through forced multiculturalism.

The fasci rods are all too prevalent in the UK as the rise of the English national parties grow stronger every day. Mass immigration was allowed to happen for a reason, to create discontent and calls for a solution. If you overcrowd the indigenous population with foreigners, then you create hatred. This is what they want, they want the people to demand a solution, and they will be presented with one soon enough.

Looking from the outside inward, Martin Amis understands full well, that the English core is one of skin colour. He states astutely that darkies can never be English, and this is the defining point about Englishness. You may be well spoken, well educated or talented, even born in the UK, but you’re not English, and never will be. But what of the Poles, and other white Eastern Europeans who have come over to the UK in the most recent EU migratory push? Well, they may talk sort of funny, have weird names, but they will supersede the darkies, because not only are they white, but they’re Christian. They will be English one day. This is a fundamental point to make, they will supersede the immigration from the 1950s – 80s, which included many dark skinned people from the Commonwealth countries. Those immigrants into the UK, from the 50s – 80s will never be accepted into the English heartland, and are classed as untermenschen.

Therefore, we come to the crux of the matter. The rise of fascism in Europe is down to one very simple element, and that is the fact that what ever happens, if you have a non-white skin tone, which is something you were born with and cannot control, you are a lesser human being in the eyes of a fascist.

Soon the day may come when the soldiers come door to door, they will take the coloured occupants from their houses and march them down the streets all the while, the silent curtains twitching with relief.