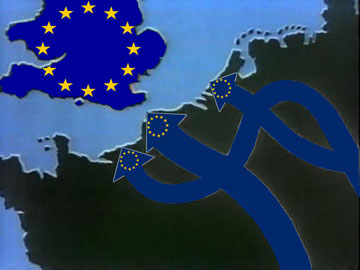 The mass immigration by some of the poorest countries in the EU and Third World is a great opportunity to dump the UK’s welfare state.

“Mass immigration is a great excuse to dump the benefits system because it gives an external source or shall we say focus to carry out something some in the government have been keen to do for a long time. It will certainly be good for those who choose to pay tax because it will mean that tax money can be utilised for more useful purposes like affording EU officials their vast expense accounts and not propping up the former British people who need benefits or health care. Either way, we won’t be blamed for the destruction of the welfare system before it was inundated by millions of very poor people from the continent and Third World,” a Whitehall source revealed Tuesday.

Imagine Children of Men and multiply it by a thousand, because that is what the UK will be like in less than two years as the rot really sets in.

The mass EU immigration deluge will be so overwhelming that many will be lost in the maelstrom of unadulterated invasion. This is another method the EU has employed in destroying whole nation states, it is a takeover where there are no shots fired, but all the same, it is part of the plan for total assimilation, and there is nothing the indigenous people can do about it.

“Welcome to the Euro currency Britain, you are one of us now. Hah, and you thought you had a chance against us, no chance,” a laughing faceless unelected EU official said on Monday.