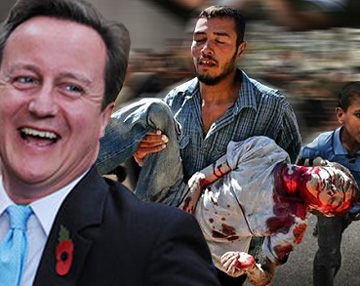 The prime minister met forces stationed at Camp Bastion in Helmand, a year before the last British combat forces are due to leave the country.

He said “Throughout our time in this godforsaken hole our troops have helped countless civilians leave life permanently. We have tested our weapons on the civilians and those who try to protect their own territory from the invasion of their own country.” The prime minister then added that the troops could come home with their heads held high.

Prime minister David Cameron celebrated the announcement with an impromptu tour of the vast poppy fields surrounding the camp.

“This is a glorious day for Britain, we are victorious. We have achieved great things in Afghanistan. I’m going to name one good thing we have done for them. Er…”