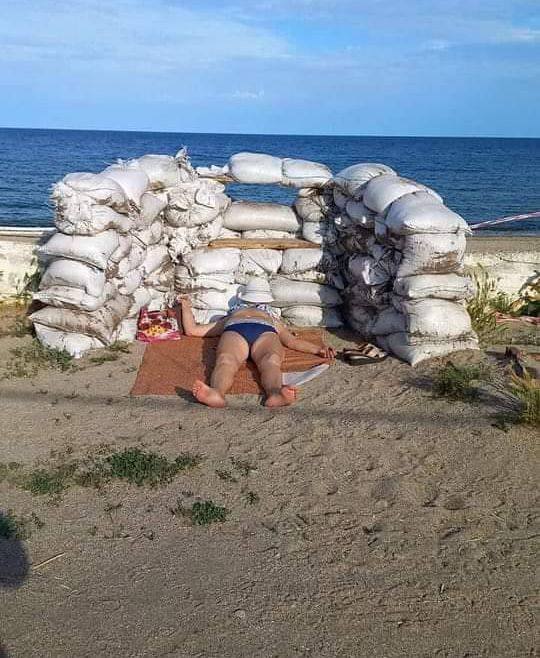 Life still goes on in war torn Ukraine, and when one mentions Ukraine, the country that is still free from Russian totalitarian brutal rule. People are still on the beaches of Odessa enjoying the sunshine albeit behind sand bags and as comical this may seem, no one wants a Russian rocket up their swimming costume whilst enjoying some rays.

Russia is continuing its assault on the Donbas and gaining ground each day.

Unfortunately, the U.S. has been of little help to Ukraine, and Britain can only do so much. The EU is still enabling Russia and doing next to nothing to help Ukraine, apart from countries like Poland and a few others. Oil sales to India and China are flowing nicely from Russia and Greek oil tankers are distributing Russian oil all over the world for great profit.

It won’t be long for Odessa as well to capitulate to the chaotic Russian army, purely on numbers of troops deployed.

From there, Putin will control the Black Sea and leave Ukraine landlocked, choking it slowly. Putin’s plans of expansion do not stop there, as he will move further West eventually through Europe to Paris where he will be invited with open arms by Macron himself.