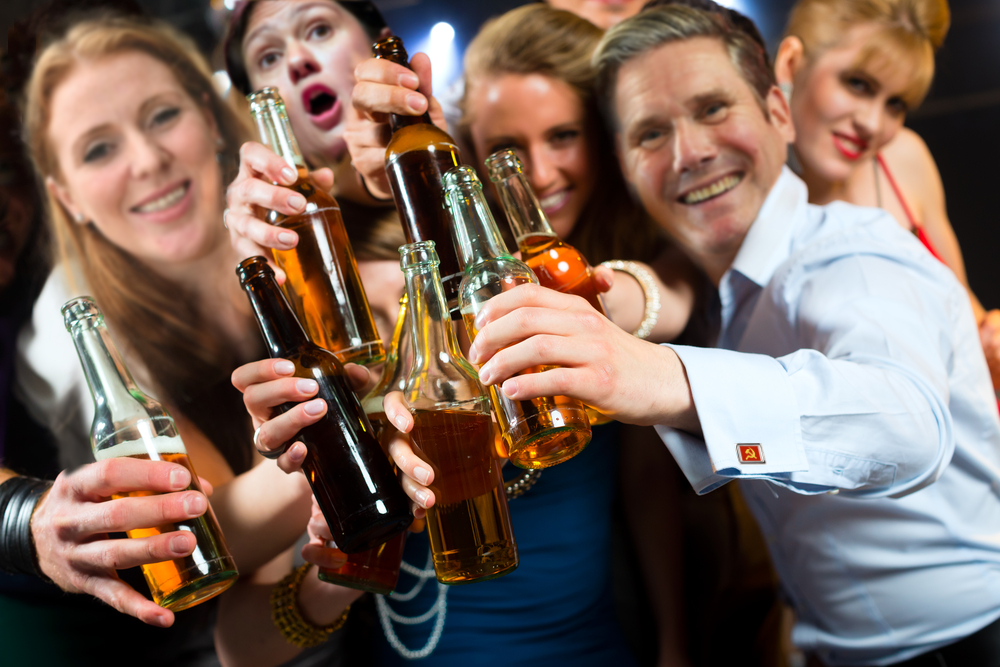 It’s always a great pleasure to watch some arsehole who thinks he claims the moral high ground in any issue eventually cut down to size when it is revealed they are as guilty as their mark. Hypocrisy is nothing new in politics, but to see such a blatant use of it by Labour leader Keir Starmer is quite a rarity.

Whilst kicking down Boris Johnson daily in the House of Commons for the PM’s moment of discrepancy during the Partygate saga, Keir Starmer was as guilty as Boris, and he knew it as he put the boot in demanding a resignation.

The nation was under strict Covid lockdown and here was Keir Starmer, the so-called holder of socialist virtue knee-deep in vindaloo, beer and a drunk Angela Rayner bumping up against crotches with her pert bum.

Wonder what the room smelled of as the Beergate soviet Labourites partied away, all the while the entire nation were locked down in their cold dark lonely rooms watching another re-run of some banal turgid shite on the BBC?

“I can imagine the smell of the room as a person walking in from outside. The first smell that would hit your nasal palate would be a musky tuna smell. Yes, the flaming redhead has just spread her legs slightly in front of the beer swilling crowd of Labour MPs. Then there would be an assault of curry and beer smells assaulting your olfactory senses. One must also not forget all of this would be interspersed with the obnoxious smells of body odour and cheap perfume, making one retch over the balti dishes laid out across the table,” a commentator who thankfully was not invited to the party imagined.

Karma truly is a bitch.