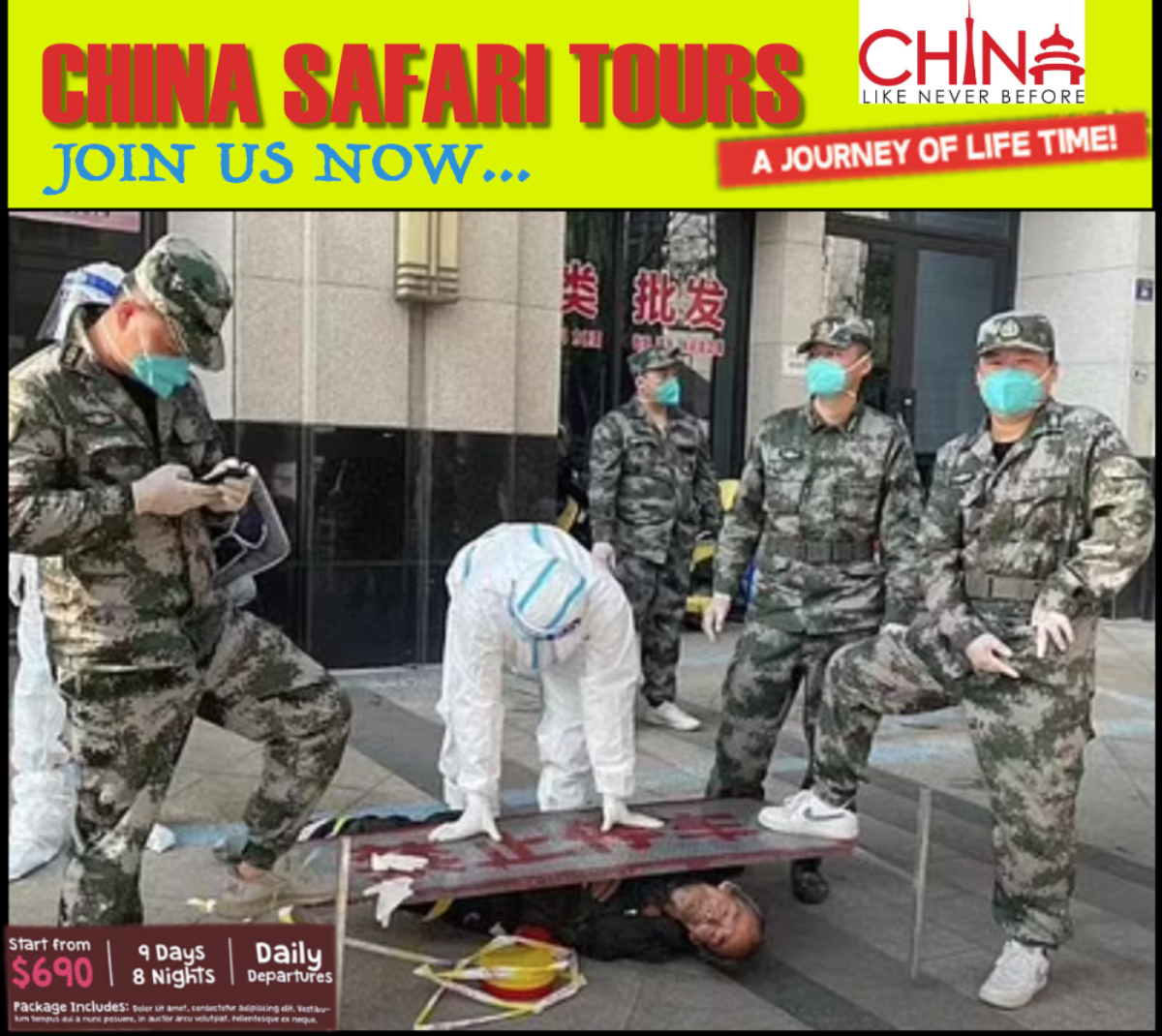 Hunting season has come early this season in the city of Shanghai, where hunting harmless elderly Chinese wildlife (humans) is now a popular and lucrative sport.

“You can bag an 89-year-old Chinaman now for as little $200,” one proud CCP police officer said as he stood over his trophy.

Trophy hunting is not illegal in China, and is in fact positively encouraged by the Chinese Tourist Board. The China Safari business is quite lucrative as they round up elderlies for a form of sport that may seem sickening to Western eyes but is seen as good fun for the communist officials who oversee the safari hunts.

“They slow movers! Yesterday I caught a 103-year-old woman. She was even in a wheelchair. We surrounded her, beat her senseless then tied the old bitch up before moving her to the crematorium,” Ping Xing Ding, a senior member of the CCP Police force, revealed.