According to one of Vladimir Putin’s senior aides, the Russian dictator has revealed that he is the Antichrist and receives his orders directly from Satan.

Mikhail Breznikov, a senior Intelligence operator for the FSB revealed what Putin told him whilst conducting a briefing on the Ukraine special operation.

“Putin’s eyes changed suddenly when we said many children and women were being killed. I stood back slightly, it was just me and three other operatives in the room.

“As I outlined the current operations’ success in the Mariupol sector, Putin’s eyes glittered with tears of joy and his pupils seemed to shift to vertical, like a cat or some kind of reptile.

“The others saw it as well, and stood back a little, their faces full of terror.”

The aide then revealed how Putin’s voice changed to a lower guttural register, as the president revealed who he really is to the assembled men. 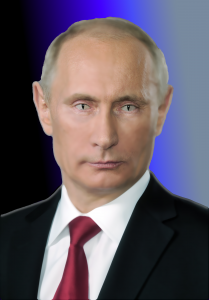 “I never knew who I really was until I came of age. I am good at what I do — killing humans, subverting them, all in the name of the church, which we have always used for our purposes. My real father is the horned one, and he along with his minions have guided my every move. In the bible, it says that the Antichrist should appear suddenly in peace time and be hugely popular. I did make myself known during peace time. The Russian people fear and love me. The conflict came from the Crimea, where I made myself known — from the shores of the Black Sea. The Antichrist is many, it is a force that runs through only those who have been chosen, as I have,” Putin said whilst staring down the assembled men.

Breznikov revealed that while Putin was uncovering who he really was, he could not move, it was as if he was stuck to the chair, his eyes were forcibly opened even painfully stretched by some unseen force. Afterwards, the others present at the meeting also corroborated what Breznikov experienced, as they could not move as well.

“I ultimately work for God himself, for it is he who created everything in this universe and world, including the devil himself. Everything Satan does, God knows and ultimately approves. This is how the Christian church justifies its actions, and the devil manipulates the priests to conduct his will upon humans within this physical realm. Christians follow blindly without question his will. We are going to build a global Russia, where I will be the ultimate and only leader. The New Russian World Order.

“I still have many things to say to you, but you cannot bear them now. When the Spirit of truth came to me, he guided me into all truth, for Satan speaks on his own authority, and whatever he speaks I hear, and he will declare to you the things that are to come. My people glorify me, for I will take what is mine and declare it to you, dear Father.

“If you say anything to anyone about what I have divulged here and now, you will be punished in the most pleasurable way for me. As you already know, I enjoy torturing people, and thoroughly lavish in the joy of killing humans. 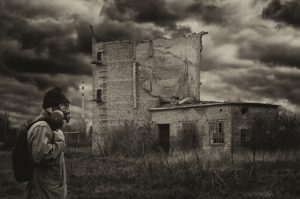 “You will not reveal my true plan, which involves thermonuclear war so vast in its magnificence that the sun shall not shine its light on the earth for 50 long years. This will only happen if the other nations and peoples do not bow down to me as the Russian people have. I will use this threat to bring them all down one by one. When they see my true self, they will obey.

“And at the latter end of their kingdom, when the transgressors have reached their limit, a king of bold face, one who understands riddles, shall arise.

“I dine on your fear, each soul comes to me for judgement, your fear is my adrenaline, as I am one with my Father. Has not the bible been responsible for billions of deaths throughout human history, as it shall continue to reap death upon the believers who continue to follow blindly even after each culling? 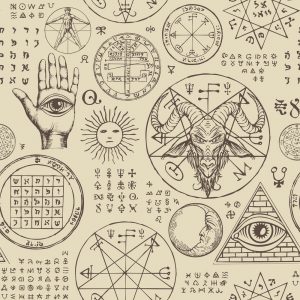 “Ukraine is a mere morsel. Russia has no borders, as I say I serve my countrymen for the love of Russia I use the belief in Christianity and Russki nationalism to re-take Constantinople to conquer from the Black Sea. Then the entire world of men. I say to you, am I not the son of the ultimate trickster who feigns and bends in intricate ways to confuse the silly little humans? Now bow down to me.”

At that moment, Breznikov revealed that he could not control his body, as he was compelled by an unknown force to get on his knees and bend his head down. Even with all his strength he tried and tried to rise up and flee but could not. Then, as if a weight was suddenly lifted, he and the others were released.

Putin was sitting in his chair, smiling. He gestured us to leave, his eyes had reverted to normal, and his voice was back. Anonymous sources within the Kremlin and FSB cannot validate the Breznikov account, as he has not been seen since last week.