Home Sci/Tech Origin of the Theory of the Origin of Species Was Not the... 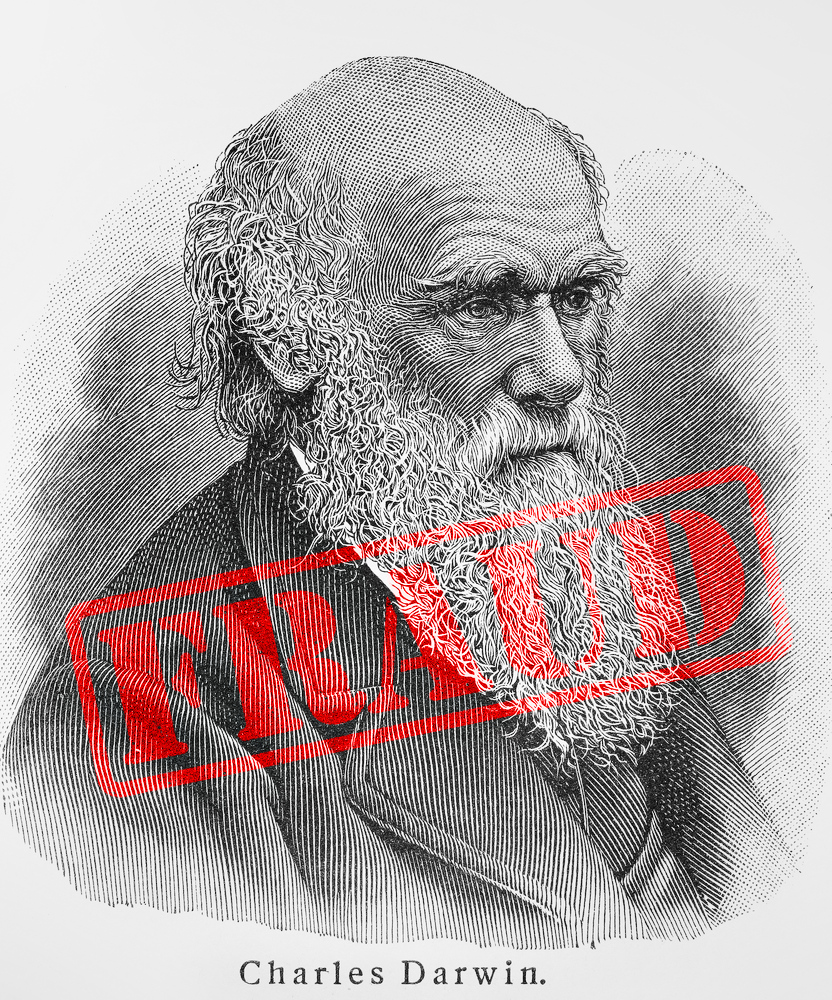 Science is not always about pleasant men and women in lab coats concocting potions and theorems to enhance humanity, sometimes it can be a brutal world of peers stabbing each other in the back. In supposed pioneer of the theory of evolution Charles Darwin’s case, plagiarism of another’s work formulated as his own has come back to haunt him in the year 2022. Darwin was a bona fide science fraudster who literally took the words and theorem from Patrick Matthew’s book, On Naval Timber and Arboriculture published 27 years before Darwin’s Origin of the Species.

Wikipedia is wrong to suggest that Matthew’s “1831 book had a brief appendix suggesting a concept of natural selection leading to new species, but he had not developed the idea.”

In fact, Matthew’s theory of evolution is littered all over his book, and has unquestionably been demoted for over 191 years not only by the scientific ‘establishment’ but by the entire world.

We must now question why there is a statue of Charles Darwin atop the stairs in the Natural History Museum. Should it not be a statue of Patrick Matthew instead? Such is the magnitude of the Darwin Industry entrenched within every facet of society, it would possibly be seen as dismantling known science completely by those who cannot ever acknowledge the fact that their ‘hero’ Darwin was a filthy fraud.

When Darwinism is Not Darwinism – It’s Plagiarism

One could describe Charles Darwin as more of a con artist than a naturalist who coined the phrase “process of natural selection” which was plagiarised from Patrick Matthew’s book Naval Timber And Arboriculture published nearly thirty years prior to Darwin even thinking about evolution or man’s natural ascent from apes.

What Matthew coined as the “Natural Process of Selection” Darwin simply scrambled the words, coming up with: “process of natural selection” to try to make it his own. The Pablo Picasso quote also comes to mind: “good artists borrow, great artists steal” (possible tongue in cheek quote). This adage also applies to con artists as well as celebrated naturalists, it seems.

The cruel world of science is full of stories of scientists being peculated over by some other scientist or other with more connections and power than the originator of a theory. One thing that Darwin had in his favour was that the church was not as powerful as when Matthew published his obscurely titled book. Matthews, through unfortunate investments in New Zealand was bankrupted. Matthews was simply not of the class or money that Darwin had ensconced himself in. Furthermore, Matthew was Scottish, and this may have also unfairly played against him being recognised as the origin of the theory of evolution. Despite Matthew’s book being cited and reviewed by Darwin’s friends, colleagues and his mentors in 30 publications and Darwin reading five of these publications, when Matthew confronted him, he fobbed him off claiming he never heard of him or his work. Even Darwin’s wife, Emma, a Wedgwood heiress, admitted to Matthew via letter: “Darwin is more loyal to your own original child than you were yourself”. In true British tradition, class also played a large part of the scientific theft, and Darwin’s lofty position within English society played an immense part in him stealing all the glory from Matthew in the end. Darwin’s global travels, especially to the exotic Galápagos Islands, gave him further mettle to pedal Matthew’s theory as his own. Here was a biologist, and geologist who had travelled far and wide, and through his ‘scientific struggle’ developed another man’s theory as his own. Darwin needed to legitimise his theft of Matthew’s theory of evolution by frolicking around flightless cormorants for a while on some obscure piece of rock in the middle of a vast ocean far, far away from England.

Many publications did yell out plagiarism after the publication of Origin of the Species, but it seems they were simply ignored and told to shut up. On April 7, 1860 the Gardeners’ Chronicle published a letter from Matthew declaring Darwin replicated his theory without any due attribution. On April 21, 1860 the Chronicle published Darwin’s capitulation letter which in fact was not a capitulation letter of supposed apology but a series of pathetic excuses claiming no other naturalist had heard of Matthew’s book and that Darwin had no knowledge of the book at all. This was despite Matthew’s book being cited and reviewed by Darwin’s friends, colleagues and his mentors in 30 publications, and Darwin reading five of these publications himself.

Unfortunately, the name Darwin is now engrained within the human psyche as the originator of the theory of evolution, and it may take many revisions of scientific books and encyclopaedias, as well as generations to include the real originator Patrick Matthew. Somehow, ‘Darwin’ the name sounds more solid for evolutionary purposes than the name ‘Matthew’, and it is an extremely sad affair that Darwin, despite being a downright fraudster and thief, will still be acknowledged by many as the man who came up with the theory of evolution even though the proof says otherwise.

What about creationists? What if they find out that the originator of the theory of creation in the bible was not actually ‘God’ but some obscure monk crouched over a piece of parchment in a dark candle-lit room high on some psychedelic mushrooms plastered out of his mind on copious amounts of sour monastery wine? Yes, the earth is really 10,000 years old and dinosaurs did not exist.

Don’t believe a word of this stuff about Charles Darwin stealing another naturalist’s Origin of Species theory? How about buying and reading the latest book from criminologist and author, Dr Mike Sutton called Science Fraud published by Curtis Press.